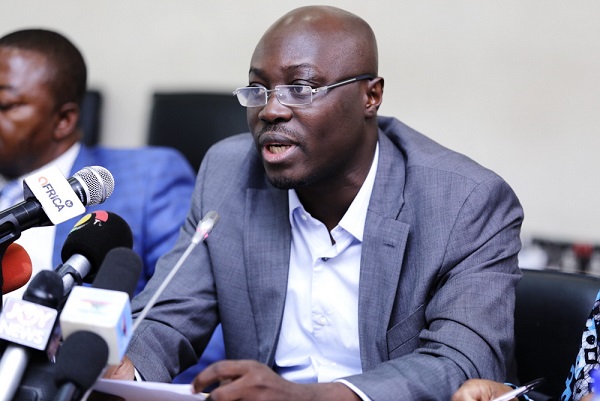 On August 2, 2019, the Ranking member for the finance committee in parliament, Cassiel Ato Forson stated that, the committee needs more time to review the financial agreements and loans the government is proposing.

Read the full story below

Ranking member for the finance committee in parliament, Cassiel Ato Forson has expressed worry about the trend where ‘last minute’ pressure is mounted on Parliament to pass loans and other financial agreements.

This situation according to him leaves them with very limited time to scrutinize the agreements for better results.

Parliament is expected to go on recess on Friday, August 2, 2019. Ahead of that, a lot of financial agreements have been laid before parliament for approval. The House, in a bid to approve the agreements running into millions of dollars has had to extend its sitting hours as it appears it is racing against time.

Reacting to this, Cassiel Ato Forson expressed worry particularly about how government appears to be unduly burdening the MPs considering they don’t have much time to scrutinize the documents.

“Last minute push to pass agreement is not fair on us, from last night to this morning a number of financial agreements have been laid before this august house, they are expected to be considered and approved within a space of two hours and that it’s not something we should encourage as a country because things that are normally rushed, we don’t get the right results out of them. So as a country if we want to improve on our democracy and improve our value for money there is the need for the country to institute some days to be able to approve certain finance agreements.”

He cited the PDS concession agreement as an example of an agreement that was rushed for approval even though concerns were raised after its introduction but government said it should be approved as a matter of urgency.

He appealed to government to present agreements on time so proper due diligence is done and government is advised accordingly.