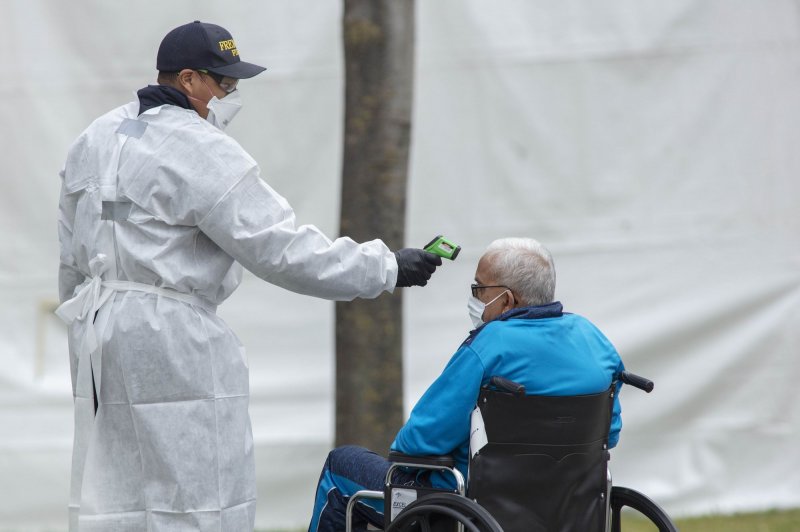 Many of those infected experience short- and long-term neuro-psychiatric symptoms, including loss of sense of smell and taste, as well as “brain fog,” or difficulty thinking and focusing, on top of the respiratory and gastrointestinal symptoms caused by the virus, the researchers said.

For example, older adults with COVID-19 frequently suffer persistent cognitive impairment, including persistent loss of sense of smell, even after recovery.

More than half of older adults with persistent lack of sense of smell following infection reported problems with forgetfulness and roughly one in four had difficulty communicating and controlling emotions, three to six months later, the data from one study showed.

“It’s imperative we continue to study this population, and others around the world, for a longer period of time to further understand the long-term neurological impacts of COVID-19,” said de Erausquin, a professor of neurology at the University of Texas Health Science Center in San Antonio.

In addition, adults with neurological symptoms due to COVID-19, including loss of sense of taste or smell, have higher levels of proteins known to be linked with Alzheimer’s disease progression, a separate analysis found.

These proteins are called Alzheimer’s biomarkers, or measurable substances that can be signs of a disease or disease progression, the researchers said.

The most common neurological symptom among study participants was confusion caused by toxic-metabolic encephalopathy, a form of brain damage that occurs following infection and often results in delirium, or confusion.

“These findings suggest that patients who had COVID-19 may have an acceleration of Alzheimer’s-related symptoms and pathology,” study co-author Dr. Thomas Wisniewski said in a press release.

“However, more … research is needed to study how these biomarkers [of Alzheimer’s] impact cognition in individuals who had COVID-19 in the long term,” said Wisniewski, a professor of neurology, pathology and psychiatry at New York University Grossman School of Medicine in New York City.

The process, known as oxygenation, allows the body to take in oxygen from the air and move it to vital organs in the body, including the lungs, heart and brain.

In a study of 32 older adults previously hospitalized with mild to moderate COVID-19, more than half still showed signs of cognitive decline, including short-term memory loss, two months after they were discharged, the data showed.

Those with worse memory and thinking scores of cognitive testing also showed signs of reduced oxygen saturation on the six-minute walking test, which is commonly used to assess the functional capacity of people with heart and lung disease.

“A brain deprived of oxygen is not healthy, and persistent deprivation may very well contribute to cognitive difficulties,” study co-author Dr. George Vavougios said in a press release.

“These data suggest some common biological mechanisms between COVID-19’s dyscognitive spectrum and post-COVID-19 fatigue that have been anecdotally reported over the last several months,” said Vavougios, a postdoctoral researcher for the University of Thessaly in Greece.

Collectively, these studies highlight “disturbing trends” suggesting that COVID-19 leads to lasting cognitive impairment and Alzheimer’s symptoms, according to Heather M. Snyder, vice president of medical and scientific relations at the Alzheimer’s Association.

“With more than 180 million cases and nearly 4 million deaths worldwide, COVID-19 has devastated the entire world,” said Snyder, who was not directly involved in any of the studies.

“It is imperative that we continue to study what this virus is doing to our body and brain,” she said.