Check out Ghanaian boxers who have won Olympics medals 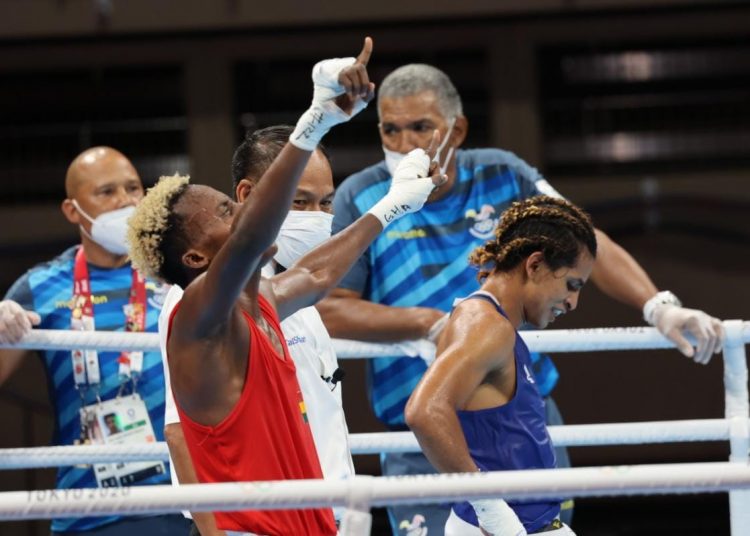 When it comes to Boxing, Ghana is recognised as the powerhouse in African for producing World Champions.

It all begun in the 1960s when Clement Quartey won Ghana’s first Olympics medal.

Clement represented Ghana in the men’s Light Welterweight category at the 1960 Summer Olympics in Rome, Italy.

The man with the record as Ghana’s first medalist at the Olympics games defeated Mohamed Boubekeur of Romania 5-0, Khalid Al-Karkhi of Iraq 5-0, South Korea’s Kim Deuk-Bong 3-2, and walked over Marian Kasprzyk of Poland.

Clement, who is better known as Isaac or Ike lost to Czechoslovakia’s Bohumil Nemecek on 0-5 to secure a silver medal for Ghana.

Eddie Blay is the second Boxer to secure a bronze medal for Ghana in 1964 in Tokyo, Japan.

He was a member of the 1960 squad but couldn’t win a medal for his country.

He lived in Italy for his professional boxing career and returned to Ghana to operate a food business in Osu, Accra.

The third man who made Ghanaians proud at the 1972 Olympics at Munich, was Price Amartey.

He doubled as a Military man and a boxer, he won a bronze medal in the men’s Middleweight division.

The warrior was dismissed from the Ghana Army as a result of mental health two years after and in 2015, it was reported that he worked as a cleaner at a private clinic in Ho.

Ghana has undergone a medal drought in 29 years as far as boxing is concerned but Samuel Takyi has broken the jinx by qualifying to the medal zone of the ongoing Olympics games in Japan.

The 20-year-old is guaranteed at least a bronze medal, making him the fourth boxer to win a medal at the Olympics.

He beat Colombia’s David Ceiber Avila at the quarter-final of the competition and will fight in the semi-final for a shot at gold.