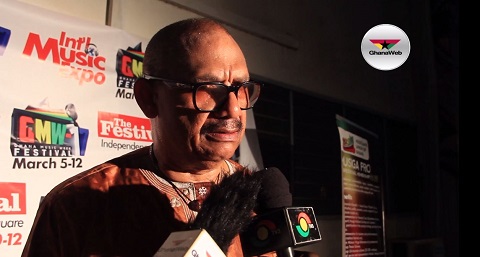 Highlife legend, Ben Brako, has lashed out at the country’s Covid-19 testing protocols for returning passengers at the Kotoka International Airport (KIA), saying the situation is driving away potential investors.

He said the conditions before testing and the handling after one tests positive are a cause for worry.

Narrating his ordeal on New Day on TV3 Monday, August 2, Ben Brako said after testing negative for the virus in the US before embarking on his trip to Ghana to attend his son’s wedding, his test results at the KIA proved positive.

He said he was then bundled into a room full of other arriving passengers who had apparently tested positive for the virus. They were all then bussed to a hotel he described as a “dump”.

“The water [there] was like water from galamsey,” he said. “It was brown, and I was shocked…I was using this water to wash my mouth.”

Similar ordeals have been recounted by Ghanaian-born foreign nationals, with some claiming authorities were producing fake tests to make money off them.

But the Ghana Health Service (GHS) on Saturday, July 31, responded to some of these allegations, asserting that the tests conducted at KIA meet all the international standards and are consistently monitored by the Food and Drugs Authority (FDA).

Ben Brako, however, said his PCR test results came out with negative inconsistency with his previous tests from the US but contrary to the antigen test conducted three days earlier at KIA, insinuating the results could have been fake.

The 1980s hitmaker said he was surprised when they told him to isolate for three days after the antigen test.

He said the situation he encountered within the period saw some potential investors return to their countries in disappointment at the proverbial Ghanaian hospitality.

He is calling on authorities to improve the conditions regarding the Covid-19 test protocols before Ghana loses thousands of foreign direct investment and its enviable reputation as a beacon of hope in Africa.