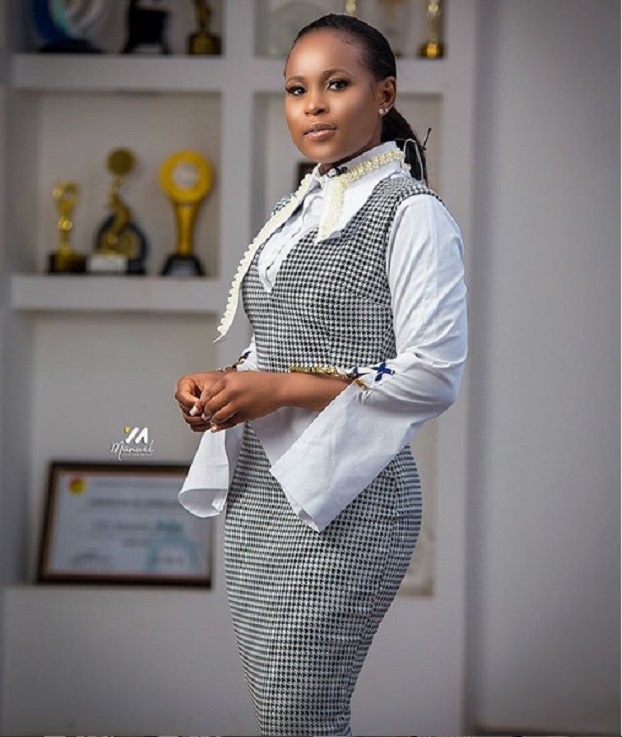 Berla Mundi is a radio and TV presenter

Popular TV presenter, Berla Mundi believes Susan, a talented young girl who aspires to be a mechanical engineer, should be supported the same way most companies threw their weight behind Oswald.

9-year-old Oswald went viral after a list of items he had prepared for his school’s ‘Our Day’ hit the internet.

The petition titled ‘Things to bring to my Our Day’ and dated July 29, 2021, captured Oswald detailing to his mother the items he would expect at his ‘Our Day’ which fell on July 30, 2021.

Shortly after the post went viral, more than 50 companies, institutions, and business entities presented items to the little boy.

But reacting to the development, Berla who seemed disappointed, observed that Susan did not receive the same commitments from the public after her post also went viral.

It can be recalled that Susan made an appearance on GhOne TV’s “The Day Show” where young super gifted children are interviewed and allowed to showcase their talents.

Susan thrilled the audience and social media users with her distinct ability to detect mechanical faults and fix them.

It was in this light that Berla who believes that the girl wasn’t given the support she deserves took to Twitter to post;

“Eeeiii so what about Little Susan? Won’t all these institutions also jump on board with educational packages for her to fulfil her dreams of becoming a mechanical engineer? Oh, Ghana. Oh no Oswald deserves the attention he is getting too. This is his time so let’s not downplay what’s happening with him. I just hope our institutions can also notice Susan and help her out.” 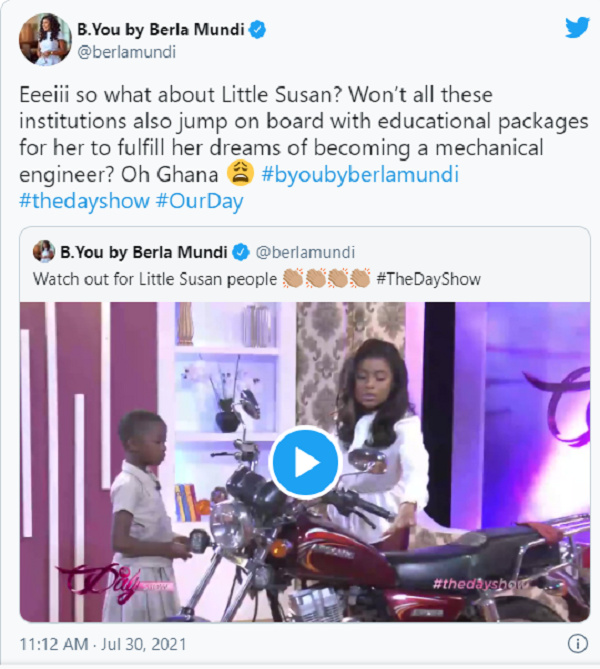 Eeeiii so what about Little Susan? Won’t all these institutions also jump on board with educational packages for her to fulfill her dreams of becoming a mechanical engineer? Oh Ghana ???? #byoubyberlamundi #thedayshow #OurDay https://t.co/V151zGZXPW