If i die today, I die a hero – Ayisha Modi shares ‘solemn’ post on social media 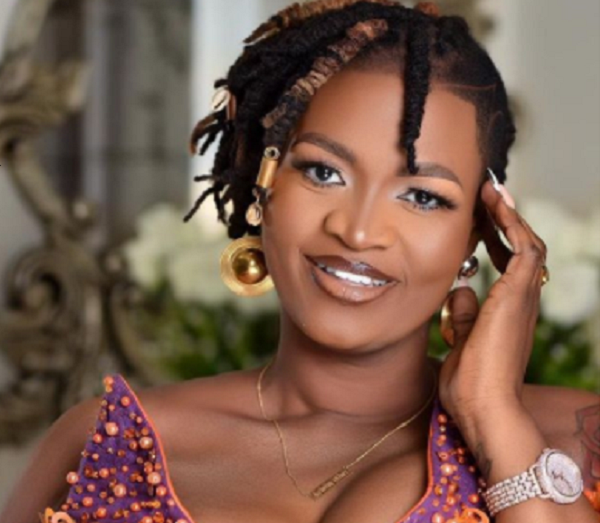 Ayisha Modi has taken to social media to find out from her fans how they will react to her death someday.

Unclear what her reasons for such a sad post were, the controversial music investor asked her fans never to mourn her death as she believes that she will die a hero.

The music investor took to Instagram on July 31, 2021, to post a picture of herself with the caption;

“What will be your REACTION if you wake up one morning and heard Ayisha Modi is no more or Dead?. Don’t cry. Just Smile and know that I died for many souls to live. Am a very happy soul full of Love. I give as it has been given to me. They won’t understand. Just the Name Ayisha Modi will keep fighting them saaaaaa until things are done right,”

Her comments have since sparked mixed reactions from individuals on social media.

Scores of ‘confused’ social media users have described as ‘strange’ her abrupt decision to talk about death.

Aside gaining a knack for her constant rants on social media, the first thing that comes to mind when Aisha Modi’s name is mentioned is that she is the biggest fan of Stonebwoy.

Aisha is widely known as a ‘loudmouth’ in the Ghanaian entertainment industry primarily because she is associated with some big brands in the industry and claims to have supported some well-established artistes as well.

Spotted numerous times throwing some punches at some gallant men and women in the showbiz industry, Aisha Modi means business when she takes up her fight stance.

“I’m not scared to die”, “I don’t fight with women, and I have been fighting with boys since I was young”… “I’m ready to fight you till the end,” and so on. 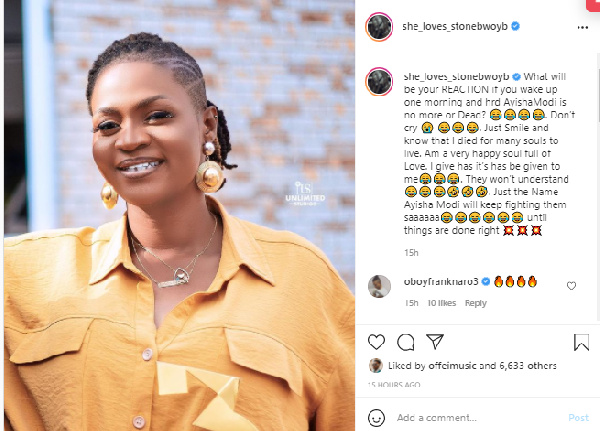 You are an ‘animal’ If you practice gay