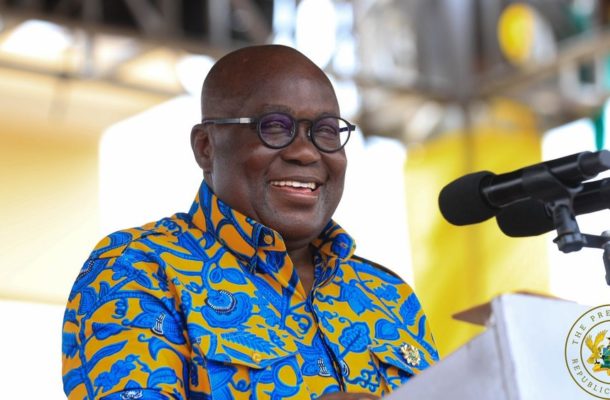 • He said that government is considering making tertiary education free

President Nana Addo Dankwa Akufo-Addo has dropped hints of a replication of the Free Senior High School policy at the tertiary education level.

According to the president, the prospect of making tertiary free has been mooted at top level and discussions are ongoing to achieve same.

“For now, what has been put in place is a system where students at the tertiary level are provided loans while in school to help them cater for their needs, but we’re considering free Tertiary education too,” he said.

President Akufo-Addo noted that the Free SHS policy has driven up Ghana’s budget for the education sector and that there are plans to invest more in the initiative.

He stated that Free SHS has been a success and handed education opportunities to Ghanaians who would have been left out due to lack of finance.

“It’s one of the highest on the continent, and we intend to ramp it up even more,” the President stated.

Adding that “the policy has reversed decades of exclusion, which denied, on the average, one hundred thousand young men and women, annually, entry to senior high school education because of the poverty of their parents.”