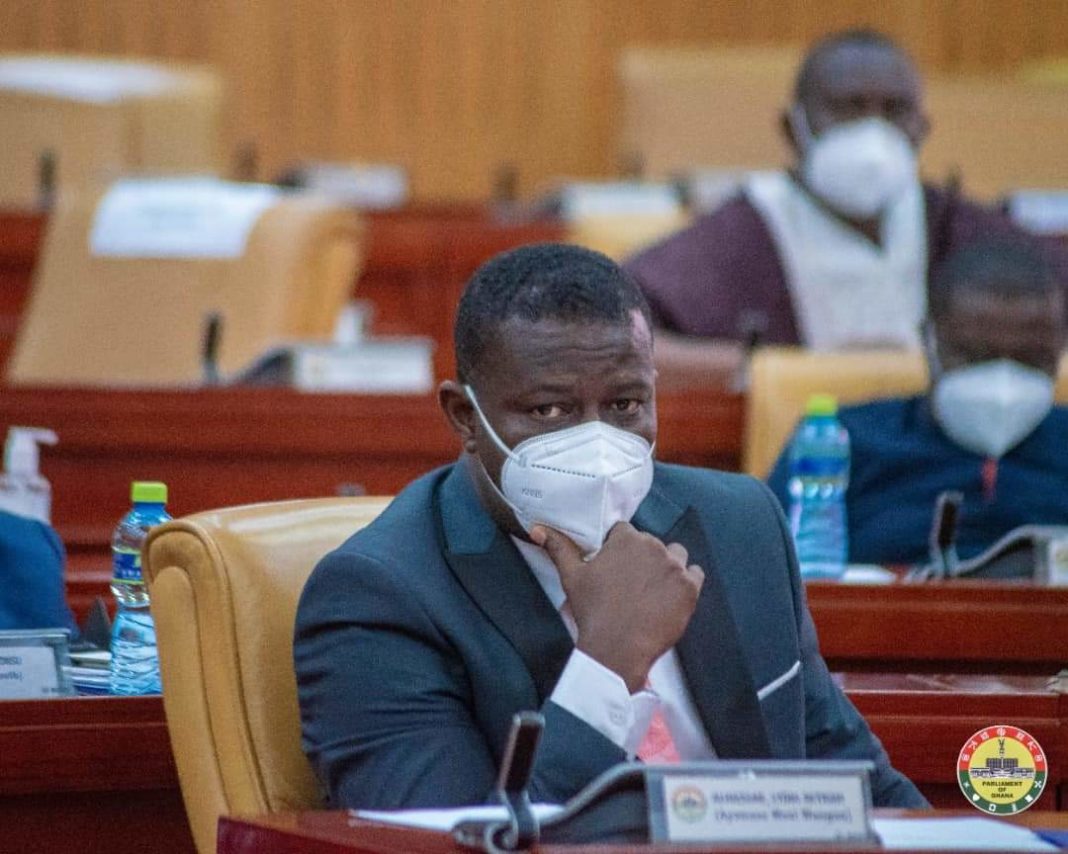 The Majority Chief Whip and Member of Parliament for Nsawam-Adoagyiri Constituency in the Eastern Region, Frank Annoh-Dompreh has jumped to the defense of the President of Ghana, Nana Akufo-Addo following the Minority attack on the mid-year budget review.

The President Akufo-Addo-led administration has received a lot of backlash from the Minority in the mid-year budget review presented on July 29, 2021, by Finance Minister Ken Ofori-Atta.

But Annoh-Dompreh reacting to the Minority claims on Accra-based Oman FM said the President is determined to change the destiny of the country.

According to him, “There are challenges and I admit it regardless of being a staunch NPP member and in government as well, there are real challenges. Most developed countries like USA, Japan, and others are all suffocating looking at their micro-economic indices due to the outbreak of covid-19 as it has slowed their development and weakened their economy”.

He explained that “Before the outbreak of covid, the Ghanaian economy was on the rise until covid derailed our progress. For the past one month, we are beginning to experience some stability in the economy and this is not propaganda”.

The Majority Chief Whip “We don’t rush to do things but from what the President is doing, I’m sure he will take Ghana to the promised land despite a slow start to his second term. The government building its factory and employing workers does not help and so there should be a pyridine ship where the government will roll out measures like tax and incentives to encourage the individual to establish their businesses because if government alone embarks on this it won’t help”.

The Legislator insisted no country in the world can refuse four years to turn things around and change the pyridine ship, saying the initiatives of the government is not a short journey and has therefore entreated Ghanaians to exercise patience.

Citing Singapore as one of the shining countries in Asia, he said the leader of the country has been in office for more than eight years has had the longevity in service to perform for the country.

Mr. Annoh-Dompreh indicated that all the social intervention programs initiated by former President, J. A Kufuor has been expanded by Nana Akufo-Addo and is of the view being in office is key in delivering their promises.

“When you listen to the Finance Minister, amid covid, things are getting to normalcy and so there are plans on board to implement jobs particularly at the private sector”

Reacting to concerns raised by the National Democratic Congress regarding the mid-year budget, he quizzed, “Where is the alternative”

According to him, amid covid-19 where revenue mobilization has become difficult government has continued to offer free education and is confident the President will deliver.

“We agree with Ghanaians and admit there is hardship, we humble ourselves because our quest of making the country great has not been done yet but if you assess this government based on what we have done in the past years, if we can exercise patience and support this government, things will be better”

The MP for Nsawam-Adoagyiri added, they are concerned about Ghanaians and not the NDC’s propaganda as they seek to do everything possible to win power.

“The minority should be honest to themselves, in recent times, there isn’t any government that has not requested for additional money after the mid-year budget. It is not the minority that is running the country at the moment, they were there when Ghanaians voted for the NPP because of the shoddy work they did during their time”

He has therefore called on Ghanaians to change their attitude for the country to reach the level it deserves.