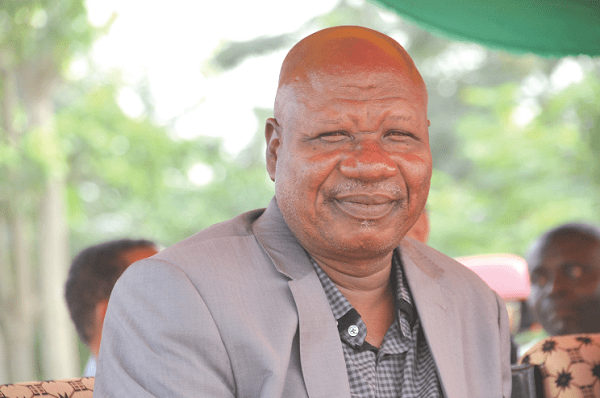 Former Central Regional Chairman of the opposition National Democratic Congress(NDC) Allotey Jacobs has revealed that he had many opportunities during the late President John Evans Atta Mills’ era which made life comfortable for him.

According to Allotey Jacobs, God used the late President Mills to elevate him to a level where he got almost everything he wanted.

Speaking on Asempa FM monitored by Kasapafmonline.com, the ‘Mills loyalist’ who was recently dismissed from the NDC party further disclosed that the late President even ensured that certain contracts he requested were awarded to him (Allotey).

“The fact is that Almighty God through professor Mills lifted me very high and I have to glorify and praise God for elevating me to that level. Those days the politics we were doing we never benefitted from 1969 but it took Prof. Mills to elevate us to the extent that whatever I needed even including contract, he gives instruction for me to have it.”

He added: “I want to make this clear, I enjoyed under Prof. Mills and that’s a fact. But others enjoyed more than I did, with some having buildings in Canada and other countries…I took care of my people (party supporters), I even organized cars for some 7 of such party people.”

‘The educated fisherman’ as he’s popularly known who’s a veteran politician owns the Oguaa Apartment and Lodgings at Cape Coast in the Central Region and runs other businesses.

Mr Allotey Jabob was also once a big-time poultry farmer.