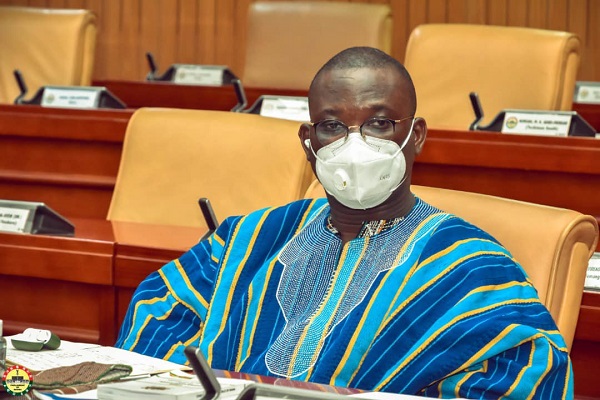 Hassan Tampuli, the Deputy Minister of Transport, has appealed to residents living around the construction site of the Osu Fishing Port project to give maximum cooperation to the contractors to facilitate early completion.

Speaking at a sensitisation forum for community members at Osu in Accra, ahead of the commencement of work, Mr Tampuli said even though the start of the project was likely to affect lives, economic activities and create discomfort for residents, it was imperative that contractors received the maximum cooperation.

That, he said, would enable them to keep to the agreed completion timeline and restore life and economic activities to normalcy as early as possible.

“It is important to note that projects of this nature will always come with discomfort because some structures may be demolished while other people may be displaced. It may also create traffic because of the heavy trucks to convey construction materials to site, but we must cooperate to enable the contractors to work on the project for us,” he said.

The forum, organised by the Ministry and the Korle Klottey Municipal Assembly, was to sensitise the community on the project and solicit their input to enhance speedy delivery.

Government, in 2019, began the construction of a number of landing beaches across some coastal towns in the country.

The Osu Landing Beach project is one of 10 such beaches, which are being constructed by China Harbour and Engineering Company.

It is expected to be completed in July 2022 and would house a modern fish market, net mending hall, fish-smoking pavilion, ice plant, washrooms and fuel and power stations.

Mr Tampuli said the artisanal fishing industry remained a major contributor to the economy as it provided a livelihood for the majority of Ghanaians, especially for families living in coastal communities.

However, he noted that poor fishing infrastructure continued to hamper the industry hence the modernisation by the government to ensure the safe launching and landing of artisanal fishing canoes.

“Government also sought to create and maintain a hygienic environment and potential job opportunities within the fishing communities. It is against this background that the Ministry is undertaking the development of the Fish Landing sites along the Coast,” he added.

Dr Zanetor Agyemang-Rawlings, the Member of Parliament of Korle-Klottey, said the project would protect the shoreline from the devastating effect of tidal waves.

“We are hoping that this will help to improve the fisheries industry in Osu and restore Osu to its proper glory,” she added.

She called on the Ministry of Fisheries and Aquaculture Development to ensure that the annual closed season included all persons fishing in the country’s waters to enable the initiative to yield the maximum results.

Mr Samuel Adjei Tawiah, the Korley-Klottey Municipal Chief Executive, gave the assurance that the Assembly would work with the Ministry to continue to engage the community to solicit their input and ensure a smooth process.