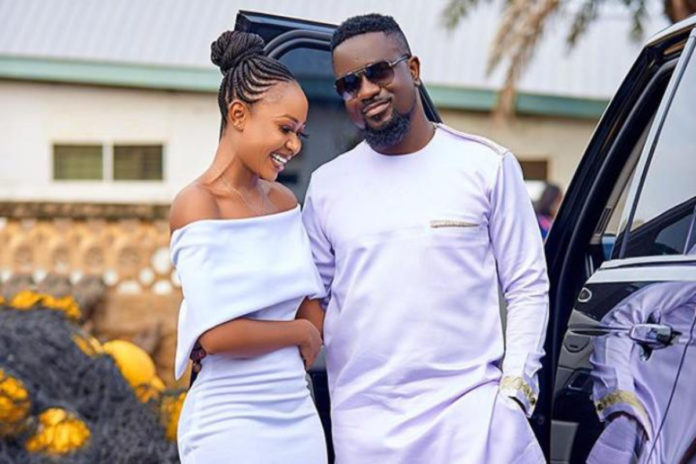 Looking very joyous, the mother of one who is also known for twerking had to record herself jamming to the track. Sarkodie mentioned Akuapem Poloo name in a song tagged ‘Anything‘ off his new album, ‘No Pressure‘.

Akuapem Poloo posted the video on Instagram and was over the moon that her name has been mentioned by Sarkodie in a song.

In the video, she felt so special and said she is too blessed a reason her name was remembered and mentioned by the rapper. She also used the opportunity to promote the album and asked her fans and followers to go stream the album.