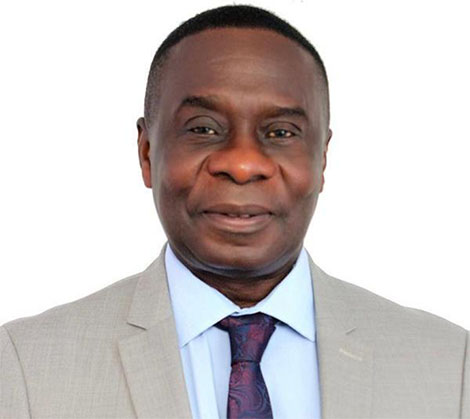 The opposition National Democratic Congress (NDC) MP who has been removed from Parliament, after being found to be holding dual citizenship in breach of the 1992 Constitution, is in more trouble.

The predicament of the Assin North MP, James Gyekye Quayson, has triggered an unprovoked blistering attack from Minority Leader Haruna Iddrisu (NDC MP for Tamale South) on the person of Justice Kwasi Boakye, the Cape Coast High Court judge who had given the ruling after establishing that Mr. Quayson held Canadian citizenship but did not renounce it before filing to contest to become MP in Ghana, as the law mandates.

Already, a criminal complaint has been lodged with the police for the Assin North MP to be investigated and tried after losing the seat.

Alex Tachie-Mensah, the New Patriotic Party (NPP) Central Regional Secretary, confirmed that he was the person that lodged the complaint against Mr. Quayson, saying he filed the process immediately the civil suit was also filed against the MP by a resident of Assin North Constituency, Michael Ankomah Nimfah.

According to the NPP Regional Secretary, as part of the filing of the nomination forms at the Electoral Commission between October 5 and 9, the NDC MP who has been removed from Parliament on the orders of a Cape Coast court, had lied when he signed a statutory declaration form.

He said Mr. Quayson appended his signature before a judicial officer that he did not owe allegiance to any country other than Ghana at the time of filing when he was fully aware that he owed allegiance to Canada at that material time of making the said statutory declaration.

Again, he said Mr. Quayson, in his quest to acquire a Ghanaian passport on July 30, 2019, was asked whether he held a dual citizenship, but he answered in the negative when in fact at the time of filling the Ghanaian passport application forms, he was holding on to the Canadian citizenship.

The complainant said the embattled MP committed perjury per his actions and wants the police to investigate such acts of criminality.

Mr. Gyekye’s case appears to be similar to the NPP MP for Bawku Central, late Adamu Dramani Sakande, who was jailed over a similar incident and his seat taken from him on the grounds that he held British citizenship.

Adamu Dramani Sakande contested and defeated the NDC’s Mahama Ayariga in the 2008 parliamentary election, but the NDC and Mahama Ayariga instigated a cattle dealer called Sumaila Beilbiel to challenge the MP on the grounds that he was a British.

He went to prison in 2012 for almost two years and was subsequently pardoned by then President John Dramani Mahama.

Mahama Ayariga, knowing that his main competitor was not around, returned to contest the seat and won in 2012 and has been in Parliament ever since.

The convicted MP later left for the UK, where he died subsequently.

On January 7, 2021 when the election of the Speaker of Parliament was ongoing in the chaotic House and Mr. Quayson’s attention was drawn to the fact that there was an injunction restraining him from participating in the process, it was the same Haruna Iddrisu who got up and said the then MP-elect should disregard the lawful order.

He had said, “Hon. James Gyekye Quayson was not in court and you yourself have admitted that you did not serve him the process. Under the circumstances, let him err on the side of law and bear the consequence in court. So let him take the oath because he has not been served any process. He will appear before court for the merits of the matter to be determined.”

However, on Wednesday when the court ruled against the NDC MP, Haruna Iddrisu launched a blistering attack on the judge and the judiciary, saying “it is a travesty of justice.”

He said in Parliament that “what is worrying, we don’t want to believe, is that the courts of Ghana have been captured, and that the courts have become a forum being used surreptitiously to tilt the balance of power.”

He continued, “We are equaled – 137: 137. What is happening is that the courts now are being used to tilt the balance of power and to weaken the time tested historical notion of checks and balances.”

Haruna Iddrisu said that “what happened this morning in Cape Coast, we are told, even when the Supreme Court of Ghana directed the Hon. Quayson and his legal team to go and file appropriate legal motions for the matter to be referred to the Supreme Court he was denied that,” adding “that is repugnant and affront to his right to a fair trial guaranteed under Article 19 of the 1992 Constitution.”

He said the court’s ruling has the potential to deny Mr. Quayson his “legitimate role as the elected representative of the Assin North Constituency, which election he won outright as a citizen born and bred in that community but for some time had to sojourn in Canada.”

“He subsequently, as I understand, renounced his citizenship expressly so far back 2019, got his certificate at least before the elections,” Haruna Iddrisu claimed and added that “we in the Minority remain unshaken.”

The Majority Chief Whip, Frank Annoh-Dompreh, quickly fired back condemning the Minority Leader for his attacks on the judiciary.

“Ordinarily, we would not have made any comment, but for what the Minority Leader said we need to correct these things and as we are engaging in social engineering as a country, some of these things should be dealt with,” he stated.

According to him, it is important to Ghanaians to recognise that even before the Assin North MP was sworn in to be part of the Eighth Parliament, members of the Majority had raised the issue of his legibility.

“If you recall there was a dramatic representation even from our side and we had cautioned the implication of that decision for the MP to sit in and be part of that decision-making on that day,” Mr. Annoh-Dompreh, who is also the NPP MP for Nsawam-Adoagyiri, indicated.

“So today, we have been vindicated because from day one we made our point abundantly clear that the member was invalidly elected and lo and behold, a court of proper jurisdiction has come to make a ruling.

“We look at the provisions in our law and the pieces of legislation as well applied, Article 94(2) and Section 92 of the Representation Act and the Canadian Citizen Act put together, were the anchor of the ruling of the court,” he argued.

He asserted that any law-abiding citizen, when there is a court ruling he or she does not  agree,  will  file for a review of the decision, stressing: “don’t bring in the executive.”

“We have built our country to respect separation of powers and the Hon Minority Leader is part of the legislative arm of government and the court is part of the judiciary,” he concluded.