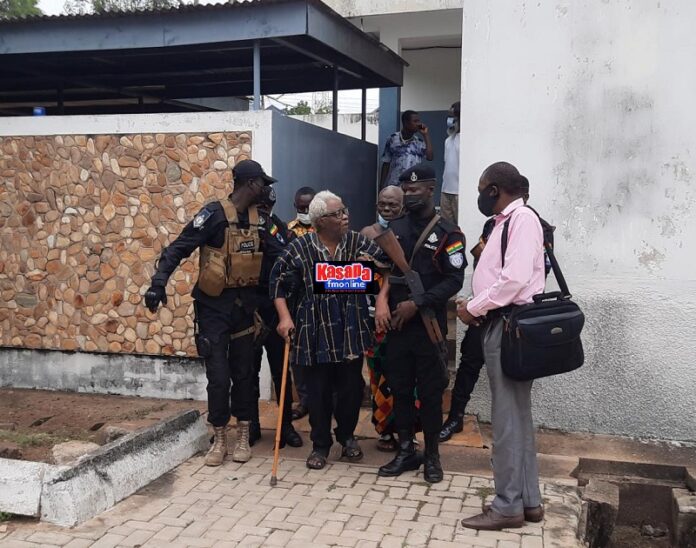 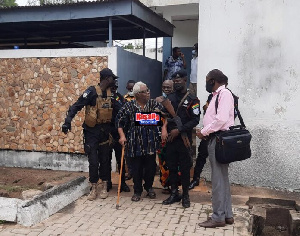 Papavi has been granted a GH¢16,000 bail and will return to court on August 10

The 88-year-old leader of the pro-separatist Western Togoland, Papavi Hogbedetor, has been granted a GH¢16,000 bail by a Ho Circuit Court.

Papavi, whose real name is Charles Komi Kudzordzi, was earlier today arrested after being in hiding for long.

According to the 3news report, the octogenarian was smoked from his hideout in Ho by a team of National Intelligence Bureau and National Security officials on Wednesday night after gathering intelligence.

Following the arrest, the frail-looking octogenarian was arraigned in Ho, after being on the police wanted list for several months for declaring the Volta region an independent Western Togoland state in November 2019, reports kasapafmonline.com.

The report added that a bail application filed on his behalf on health grounds was granted by the court to the tune of Sixteen Thousand Ghana Cedis (GH¢16,000) with sureties.

Leader and founder of secessionist group, Western Togoland, Charles Komi Kudzordzi popularly known as Papavi had been declared wanted by the police after he organised a retreat of some sort declaring independence in the Volta Regional capital, Ho.

The Homeland Study Group Foundation head led an action that was described as a coup attempt resulting in the arrest of the 80-year-old and eight others in May 2019.

The charges were later dropped by the state but a Ho District Court ordered for the arrest of the 80-year-old secessionist leader and two others on November 20, 2019, after they declared parts of the Volta Region a sovereign state.

Papavi Kudzordzi went into hiding following the declaration and had been on the run since then.