Tokyo 2020: GOC President tips Azamati and other athletes to shine 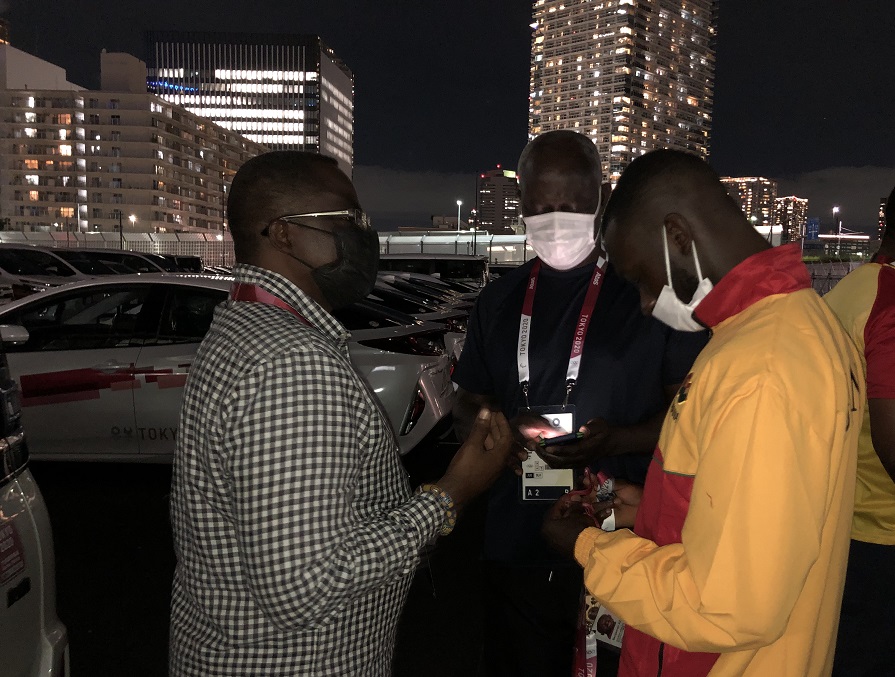 The President of the Ghana Olympic Committee (GOC), Ben Nunoo Mensah, is very optimistic that the Quartet Team of Ghana will shine at the Tokyo Olympic Games.

He made this revelation when he and the Minister of Youth and Sports, Mustapha Ussif, paid a visit to Team Ghana at the Games Village.

According to the former President of the Ghana Weightlifting Federation, athletes perform well if they are well motivated, and he feels the 4×100 meters team are self-motivated and want to achieve for themselves.

He said the GOC has supported many athletes and they must prove their worth against the best of the world at the games.

Mr Mensah said that 100 meters record-breaker, Benjamin Azamati and his colleagues have done it before at the African Games in Morocco and also in Poland, and Tokyo will be the best venue to show the world that they have arrived.

Other members of the Ghana Quartet Team are captain Joe Paul Amoah, Joe Mainoo, Sean Sarfo Antwi, Emmanuel Yeboah aka ‘T 20’ and Sarfo Ansah, the only local-based star in the team.

They are trained by coaches Julius Baba and Andrew Owusu. Triple jumper, Nadia Eke is the only female athlete in GAA Team. She competes on Friday.

Mr Mensah and the Minister of Youth Sports of Ghana also met with officials of IOC, heads of international sports federations and his friend, Algerian Mustapha Barraf as well as Hashi Ahmed, the President and Secretary-General of ANOCA, for discussions on sports development cooperation and especially Ghana’s preparations to host the 2023 African Games.