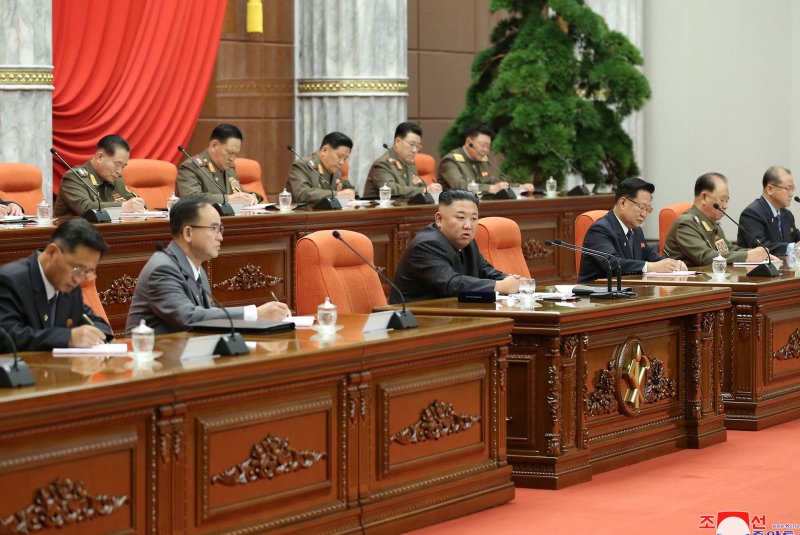 July 29 (UPI) — A North Korean official who may have been upbraided by Kim Jong Un in June for poor COVID-19 planning was shown at the North Korean leader’s side during Kim’s visit to the Sino-Korean Friendship Tower in Pyongyang.

Ri Pyong Chol, identified as vice chairman of the Central Military Commission last year, was mentioned in a report of Kim’s visit in Workers’ Party newspaper Rodong Sinmun on Thursday.

Pak Jong Chon, chief of the North Korean military’s general staff and a member of the Politburo, also accompanied the North Korean leader, according to the Rodong. Ri and Pak were seen in June not voting at a Politburo meeting of the ruling Workers’ Party last month, prompting speculation in the South about their possible demotion.

“The noble soul and exploits of the Chinese people who aided the sacred historic struggle of the Korean people at the cost of their blood when [North Korea] was undergoing the harshest and most difficult trials will remain immortal,” Kim said, according to KCNA.

“The [North Korea]-China friendship forged as kindred ties will be firmly carried forward generation after generation on the road for the common cause.”

Ri and Pak were not mentioned in state media reports of other events this week, held to commemorate North Korea’s “Victory Day,” the 68th anniversary of the signing of the Korean War Armistice.

The official also said that Ri continues to maintain his “highest rank,” citing information from North Korean state media, according to Newsis.

#MeToo wave in Morocco over 'sex for grades' and blackmail scandal

’Worst fear is the suffering of other people’: Tongans fear never seeing loved ones again