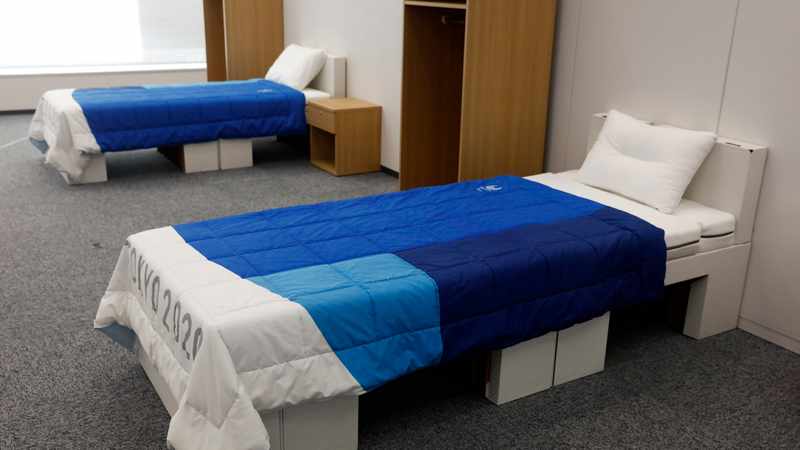 Tokyo – While the Tokyo Olympics organisers might be going all out to give an “anti-sex” push to the quadrennial showpiece because of fear of the spread of the Covid-19 virus due to intimate contact, a former German long jumper has said that it’s hard to stop athletes from doing what they want to do.

Susen Tiedtke, who competed for Germany at the 1992 Barcelona and the 2000 Sydney Olympics besides winning a silver and a bronze at the IAAF World Indoor Championships in 1993 and 1995 respectively, has said that the “sex ban is a big laughing stock” for her.

“The sex ban is a big laughing stock for me, it doesn’t work at all… sex is always an issue in the village,” Susen told Germany’s Bild newspaper.

While the talk about “anti-sex” beds at the Olympics Village may be taking things too far, there is no denying that the Tokyo Olympics organisers are trying their best to pass the message around that athletes should abstain from sex, by handing out 160 000 condoms with the message that condoms are a symbol that athletes should abstain from sex until they return home.

Rumours abounded about the “anti-sex” push after the organisers providing cardboard beds in Tokyo, leading many to suggest that it was done to prevent sexual activity amid the raging Covid-19 pandemic.

But cardboard beds or not, Susen says sex in the village is inevitable.

“The athletes are at their physical peak at the Olympics. When the competition is over, they want to release their energy,” said Susen, adding that during her Olympic days coaches discouraged athletes from having sex before competition as “when you have sex, the body first has to recharge itself energetically”.

“After the competition, however, roommates were considerate if you needed the room for yourself. You always heard the ‘party’ of the others, sometimes you could hardly sleep. There is one party after another, then alcohol comes into play. It happens that people have sex and there are enough people who strive for that,” Susen told Bild.

In 2012, two-time gold medal-winning American football goalkeeper Hope Solo had told ESPN that, “There’s a lot of sex going on. I’ve seen people having sex right out in the open. On the grass, between buildings, people are getting down and dirty.”