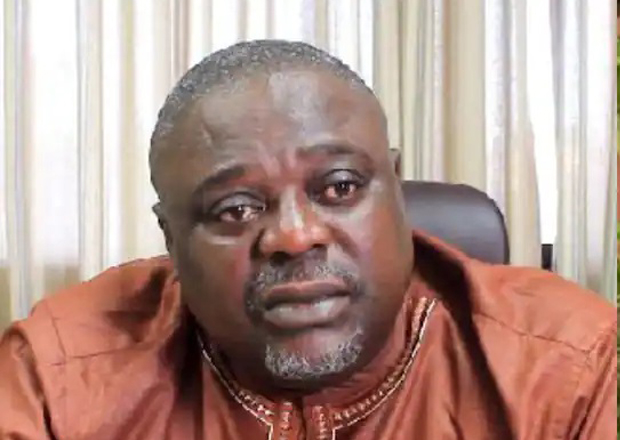 “I continue to remain focused on growing the Atta-Mills Institute, building Asomdwee Park, and flying high the legacy of President Atta-Mills. My Bible tells me that, in ALL things, I should give thanks to God Almighty for His grace and mercies. I love Ghana!”

These were the response of Samuel Koku Anyidoho, the former Deputy opposition National Democratic Congress (NDC) General Secretary and once Director of Communications during the Prof. Mills administration, who was suspended last year and finally sacked on Tuesday evening from the party.

Koku Anyidoho, who now heads the Atta Mills Institute, has been posting series of tweets on social media since the NDC in a letter signed by it General Secretary, Johnson Asiedu Nketia, said the party has expelled the once powerful NDC guru.

He replied on social media that, “When Joseph’s brothers sold him into slavery; they did not know they were selling him into his God-given destiny to become a Prime Minister in Egypt. What evil men mean for wickedness; God turns it around for good. I am a Son of God.”

He added, “I am happy that all kinds of pretentious groups are working to keep the legacy of President Atta-Mills alive. By their fruits, we shall know them.”  “Hypocrites and parasites,” he stated, adding, “I foresee very soon, all kinds of pretentious groups will pop up to say they love Atta-Mills because of the solid job the Atta-Mills Institute has done to keep the memory of the late President alive. My prayer is for President Akufo-Addo to build Asomdwee Park and shame the Pretenders.”

Some have claimed he was sacked through the media and that nobody in the party has sent the expulsion letter to him, others are claiming the party has notified him officially.

The NDC General Secretary, Mr. Asiedu Nketia, was on radio yesterday justifying the sacking and said sarcastically that everybody in the party was now happy over the decision and that they were even going to ‘throw’ a party over the incident.

The NDC on Tuesday evening said they have with immediate effect, sacked Koku Anyidoho from the party after finding him culpable for gross misconduct and anti-party behaviour.

They then asked Koku Anyidoho, who has served the NDC in different capacities in the past, to return all party property in his custody without delay.

The expulsion was executed by the Functional Executive Committee (FEC) of the NDC, after it considered a report and recommendations of the National Disciplinary Committee.

The sacking letter, authored by Johnson Asiedu Nketiah, said, “At its meeting on Tuesday, July 27, 2021, the Functional Executive Committee of the National Democratic Congress considered the report and recommendations of the National Disciplinary Committee on the case of misconduct and anti-party behaviour brought against you (Mr. Samuel Koku Anyidoho), pursuant to Article 48 (1) (9) (a) of the NDC Constitution.

“The committee’s report (which is attached for your perusal) found you guilty of the said allegations of misconduct and anti-party behaviour and recommended your outright expulsion from the party.

“The Functional Executive Committee (FEC) acting in compliance of Article 48 (1) of the NDC Constitution unanimously adopted the report and accepts full responsibility for your expulsion from the party,” part of Mr. Anyidoho’s sacked letter said.

It stated that it would be illegal and against the constitution of the NDC if Mr. Anyidoho overtly or covertly continues to carry himself as an NDC member, stressing that, “You are no more recognised as a member of the party and cannot carry yourself as such.”

The NDC letter was also emphatic that Mr. Anyidoho has no right to possess any party item or property, especially now that he (Anyidoho) has been expelled for good from the largest opposition political party.

“You are by this letter and pursuant to Article 48 (10) of the party’s constitution directed to return any party property that may be in your custody and you shall also forfeit any moneys, dues of subscription fees that you may have made to the party.”

It would be recalled that until his expulsion on Tuesday, Mr. Anyidoho was under suspension from the NDC for gross misconduct and anti-party behaviour, a charge which eventually led to his sacking from the party.