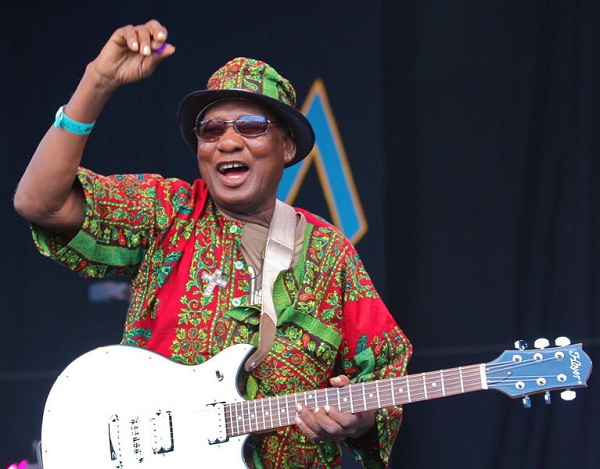 Legendary Ghanaian guitarist Ebo Taylor has stated he receives more royalties from the diaspora than in Ghana.

In an interview with Agyemang Prempeh on Legends on TV XYZ, the composer revealed he receives 3 million from Ghamro as royalties.

Ghana Rights Organization (GHAMRO) is a royalties collection agency within Ghana, that represents the rights of music copyright holders.

It was created under section 49 of the Copyright Law, Act 690 of 2005. The agency collects royalties for all rights owners in Ghana.

But Taylor, 85, is not enthused with the work of GHAMRO.

“No no it is not enough it is not any good money to rely on,” Taylor said. “I get 20 million from the diaspora, 20million dollars or 50 million pounds”

“I don’t get much from Ghana because it’s just one country but abroad there’s Italy, Spain Norway, Sweden, Denmark,“ he narrated.

A lot of Ghanaian musicians have complained about the failure of the Ghana Rights Organization (Ghamro) to pay them the royalties owed them.

Who is Ebo Taylor?

Ebo Taylor became one of Ghana’s major prolific musicians in the 1950s and ’60s, making his signature Ghanaian highlife that influenced the father of afrobeat, Fela Kuti.

As highlife and afrobeat music has entered the global stage, Taylor’s work has been sampled by international R&B artist Usher on his 2010 track “She Don’t Know,” featuring rapper Ludacris, and by Canadian hip-hop duo Ghetto Concept on their 1992 track “Certified.”

His influence can also be seen in afrobeat’s clubbier offshoot, afrobeats (with an “s”), which has hit international charts through West African acts like Wizkid, who has collaborated with artists including Drake and Major Lazer.