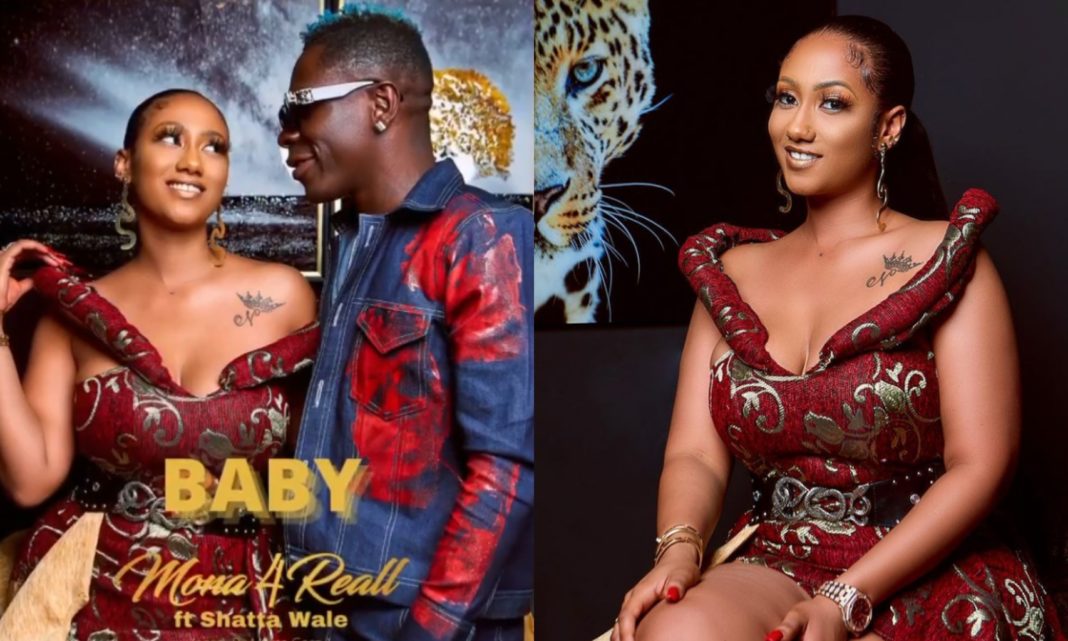 Mona4reall is the fastest rising female act, popularly known in the showbiz fraternity as Hajia4reall, she is an artist, socialite, and entrepreneur.

Her musical career has been exciting and a must-watch and learns for many as a lot thought she would be in the scene for a short while.

She came out as an artist in November 2020 with her maiden song “Baddar than” which got 11k likes, 1.1million views on YouTube.
2months after, she released “Fine Girl” which also had over 769k views.

She did not rest, two months later she brought her 3rd single “God’s Child” which also did great with 603k views. And now “Baby” with her very first collaboration with no other but one of the industry giant Shatta Wale.

Through her songs, one thing stands out, great, precise, and concise message, portraying a great aspect of an African brand, strong storylines, great video and photography, rhythms of the song on point and quality video production, and above all it received massive airplay.

When most thought it would be one of the usual to just vanish after a while her release has been back-to-back with quality video production. Undoubtedly, in less than a year, Consistency has played a key role in her musical career.

It will therefore not be surprised if she takes over as the queen in the game soon to come.

Could there be an EP soon considering the spate she is delivering on her act game? Time will give us the clue.
Born in 1992, she was raised in Tamale, in the northern part of Ghana with her siblings.

She is of mixed heritage as her father is Lebanese and her mother a Ghanaian. She has currently signed on as an act under a joint partnership with Quick Angels limited.

Currently, she is the brand ambassador for Pinkberry Ghana and Richie Rich gummies, a US Ice Cream and gummy bear’s product with a franchise in Ghana. She is also the face of Coli, a Ghanaian own telecommunication network in Ghana.