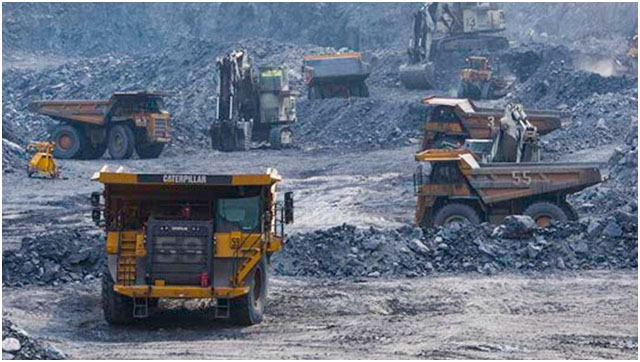 Some haulage trucks at the mine site

A press release issued by the company, which made this known, stated that “This is unfortunate, as no excuse can justify the wanton damage suffered by the company that puts the lives and livelihoods of our workforce and the development of the Dumasi Community at severe risk.”

Explaining how the event took place, the company said at 10pm on the evening of July 26, 2021, two vehicles driven by Future Global Resources (FGR) personnel were attacked by unknown assailants in the village of Dumasi.

“A gun was fired into one of the cars. No one was injured.  One of the vehicles was in Dumasi to deliver a letter to Nana Dr. Francis Kofi Bih, the Regent of Dumasi, in connection with an agreement on the way forward on establishing a long-term dialogue and commitment to social investments by FGR, as requested by the community.

“As a result of the attack, this letter was never delivered,” it said.

“On the morning of July 27, 2021, a group of some 50 saboteurs from the Dumasi community arrived at the FGR Bogoso site with machetes and two shot guns and set fire to equipment and buildings in a targeted and orchestrated attack.  No personnel were injured in the attack although many were seriously distressed by these unprovoked acts of violence and specific threats to life were made to employees.   As a result of these incidents, the police and military were mobilised to protect people and property.  Since arriving, there has been no physical confrontation between the saboteurs and the authorities.

The company added that, “As of the morning of July 28, 2021, the immediate threat to life and property at Bogoso posed by the saboteurs appears to have receded and the authorities are now investigating the incident with a view to making arrests.  Production will restart as soon as FGR is advised by the authorities that it is safe to do so.

“Neither prior to, during, nor following the incident did the saboteurs make any demand of FGR or state any basis for their acts of violence.  “Nor are the saboteurs connected with or sanctioned by the local representatives who were finalising the agreed social investment programme by FGR.

“FGR would like to reaffirm our desire to meet and engage with all the Dumasi community stakeholders to discuss the comprehensive list of issues as set out in the recent letter.  FGR are strongly committed to developing a positive and long-lasting relationship with the community,” the company highlighted.