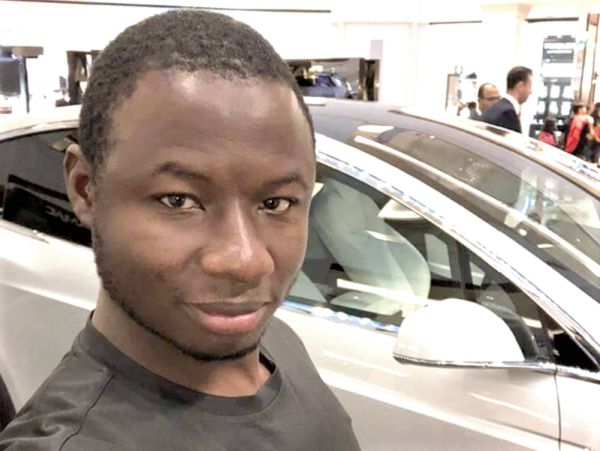 • Two and half years since his murder, police havev yet to present a docket on Ahmed Hussein-Suale to the AG

The Ghana Police Service has yet to present a docket on the Ahmed Hussein-Suale murder to the Attorney General’s office, two and half years since the incident.

This was disclosed by Godfred Dame, Minister of Justice and Attorney General when he appreared before Parliament on July 27 to answer questions on unresolved high profile murders.

The question had been asked by North Tongu MP, Samuel Okudzeto Ablakwa.

In his reponse Dame said: “Mr Speaker, this is a matter being investigated by the Criminal Investigations Department of the Ghana Police Service, indeed no docket has been built and presented to the office of the Attorney General for prosecution since the deceased was killed on 6th January, 2019. The Attorney General is thus not seized on the matter.

“However, on being appointed Attorney General and Minister for Justice, the Inspector General of Police paid a courtesy call on me on 29th March, 2021; being concerned about this as well as other such cases, I inquired about the state of investigations with same.”

He disclosed that a police report presented to him showed that some work continued to be done in relation to the case, stating that four suspects had been arrested and released on police enquiry bail after two main witnesses could not link them to the murder.

The witnesses have also given a description of the two assailants who murdered Suale and a sketch of same has since been produced by experts at the Kwame Nkrumah University of Science and Technology.

On the evidence front, two phones belonging to the deceased were sent to the United States for retrieval of information and that process is at the stage where the Americans have submitted all materials retrieved from the two phones to Ghana as at February – March 2021.

The Police Cyber Crimes Unit is currently analyzing the information, he added.