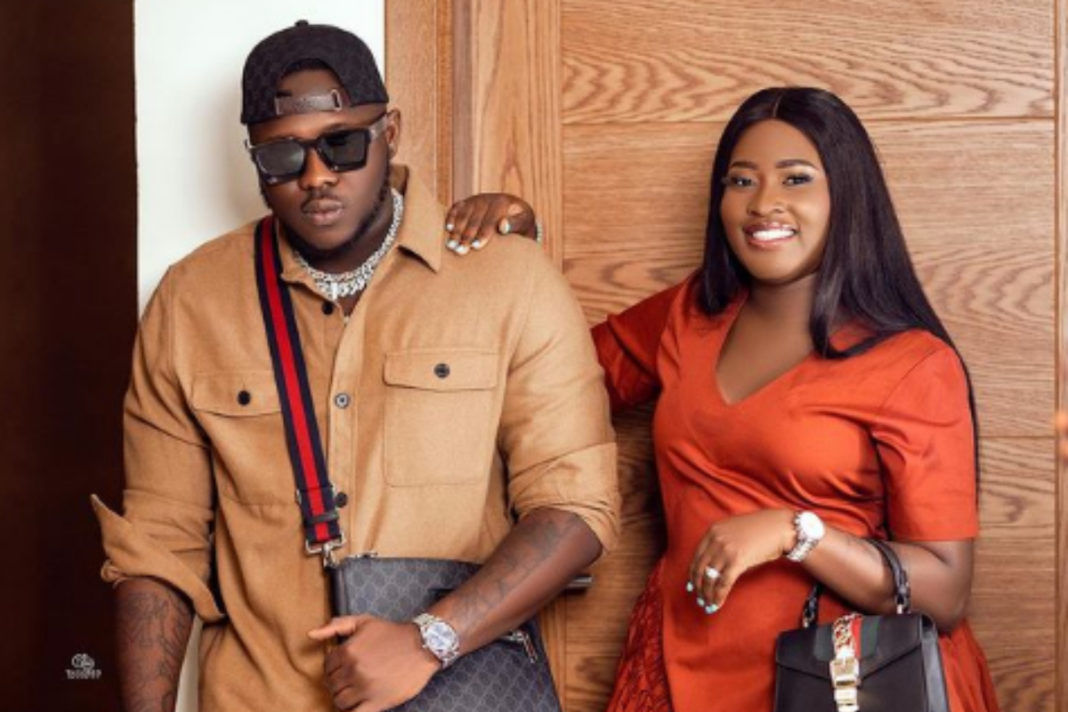 Ghanaian rapper, AMG Medikal has sparked up reactions on social media after he shared a clear photo of the raw butts of his beautiful wife, Fella Makafui.

Well, Fella Makafui has been continuously lambasted by netizens following the kind of outfits she wears. Her photos are mostly met with anger and disappointments from netizens who are of the view that she is a married woman, thus some outfits are inappropriate for her.

Fella Makafui on the other hand has constantly clapped back at netizens, stating clearly that the kind of outfits they always complain about is only for advertisement and not to entice her male followers as some other female celebs do.

In a recent photo, the rapper shared of his wife standing seductively beside a window in a transparent outfit, Fella Makafui’s raw backside was being displayed as she advertises for a brand.

Medikal after sharing the photo said she is only helping wifey with her advertisement but obviously matters took a different turn as his followers admire the raw butts of his wife.

See the photo below;

See some of the comments below:

In other news, Ghanaian artiste, Wanlov Kuborlor has drawn the attention of the leaders to the current rate of the Dollar in Ghana rather than for them to channel their focus on passing the Anti-law.

The bill, which is being led by Sam Dzata George, MP for Ningo Prampram, and seven other MPs, has stirred debate on social media for days.

Well, celebrities like Wanlov Kuborkor and his sister, Sister Derby have publicly opposed the passing of the bill to criminalize the practice of homosexuality in the country.