Attacked with their own weapons, racially-abused and left fearing for their lives 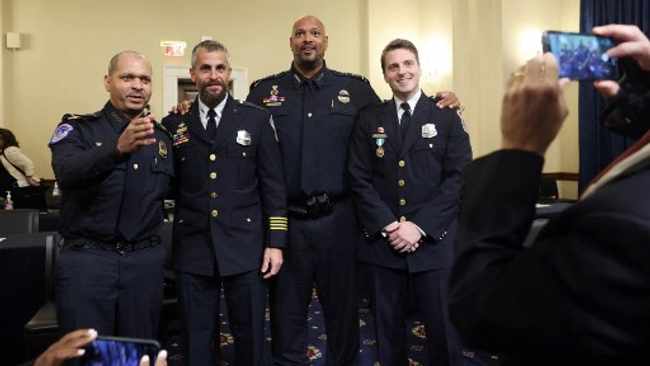 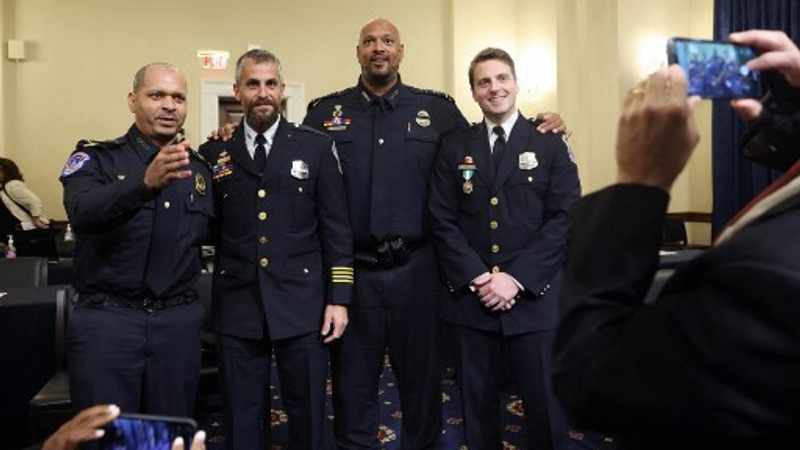 Washington, United States | AFP – Attacked with their own weapons, racially-abused and left fearing for their lives: US police officers on Tuesday described harrowing acts of violence from supporters of Donald Trump who stormed the US Capitol, on the first day of congressional hearings into the attack.

“In Iraq, we expected armed violence, because we were in a war zone. Nothing in my experience in the army or as a law enforcement officer prepared me for what we confronted on January 6,” he told the House hearing.

It was “something from a medieval battle. We fought hand to hand, inch by inch, to prevent an invasion of the Capitol,” Gonell said, tearfully.

“This is how I’m going to die, defending this entrance,” he recalled thinking.

“I could have lost my life that day — not once, but many times.”

“It was an attempted coup that was happening at the Capitol that day,” he said.

“I was grabbed, beaten, tased, all while being called a traitor to my country,” he said.

“At some point during the fighting, I was dragged from the line of officers, and into the crowd,” Fanone recalled.

“They ripped off my badge…. They seized ammunition that was secured to my body. They began to beat me with their fists, and with what felt like hard metal objects,” he said.

One attacker “repeatedly lunged for me and attempted to remove my firearm. I heard chanting from some in the crowd, ‘get his gun, and kill him with his own gun,'” he said.

Slamming the table with his fist in anger, Fanone, who suffered a heavy concussion in the assault, decried the denial by Trump and his Republican followers of what happened that day.

“The indifference shown to my colleagues is disgraceful,” he said.

Washington Metropolitan Police officer Daniel Hodges, who was filmed crushed in a doorframe and screaming for help as the attackers fought to force their way into the Capitol, branded them “terrorists.”

“The terrorists had a wall of shields that they had stolen from officers as well as stolen batons.”

Stuck in the doorframe, he said one man slammed a riot shield into him.

“My arms were pinned and effectively useless… I was effectively defenseless,” he recalled. “In front of me a man sees the opportunity of my vulnerability, grabbed the front of my gas mask and used it to beat my head against the door.”

“The man in front of me grabbed my baton … He bashed me in the head and face with it, rupturing my lip, and adding additional injury to my skull…. I did the only thing that I could do, and scream for help.”

African-American Capitol Police officer Harry Dunn said the crowd attacking the Capitol threatened him because of his race and left him and fellow Black officers traumatized.

“Until then, I had never seen anyone physically assault a Capitol Police or MPD officer, let alone witness mass assaults being perpetrated on law enforcement officers,” he said.

“I witnessed the rioters using all kinds of weapons against the officers, including flag poles, metal bike racks they had torn apart, and various kinds of projectiles.”

At one point a group of about 20 surrounded him and screamed racist epithets.

“No one had ever, ever called me a (epithet) while wearing the uniform of a Capitol Police officer,” he recalled.

“We can never again allow our democracy to be put in peril as it was on January 6,” he said.