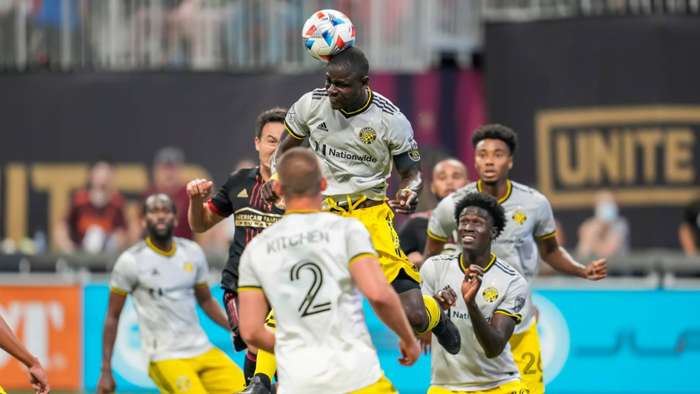 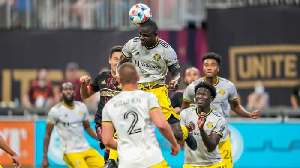 Jonathan Mensah’s goal earned his side a win

The Ghana international’s goal secured a vital 1-0 win against Atlanta United in the MLS match at Mercedes-Benz Stadium on Saturday night.

The 31-year-old made the difference after his well-timed back-post header following a Lucas Zelarayan corner-kick in the 65th minute enabled the Black & Gold to continue to climb up the Eastern Conference standings.

The goal was the first for the West African in the ongoing campaign, with his previous strike coming in July 2018, when he scored in the 3-2 win against New York Red Bulls. The win also enabled Columbus to extend their unbeaten run to six matches.

It is for the above reason the Ghanaian has been included in the team of the week.

Alex Bono of Toronto made 13 saves as his team beat Chicago Fire FC 2-1 and he has been preferred in goal. The three-man defence has Mensah, Justin Che, and Maxi Moralez.

Julian Gressel and Maxi Moralez are in as wing-backs with the midfield being commanded by Remi Walter and Emmanuel Reynoso.

The three-man attack is made up of Gustavo Bou, CJ Sapong, and Ricardo Pepi.

Columbus head coach Caleb Potter was impressed with the way his team played and took no time in welcoming the away win.

“I told the guys before the game that I felt like this was going to be our second win on the road. The main reason why was our confidence. We are a team that’s finding ways to win, get points and get results.”

They will now be hoping to build on the result when they face New York City at Yankee Stadium on Friday.