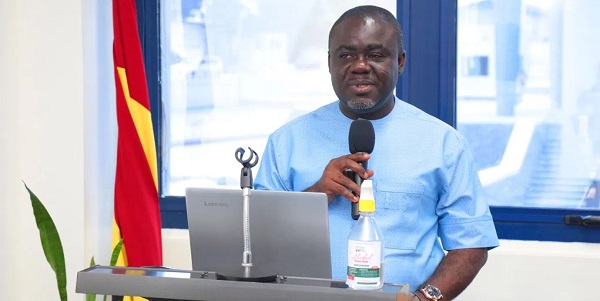 Transport Minister Kwaku Ofori Asiamah has indicated that the threats of piracy, seaborne robbery and illegal fishing could undermine the gains of the blue economy to the nation’s development, urging a more collaborative approach from coastal states to tackle the menace.

He said nations within the Gulf of Guinea region must scale up investment, especially in surveillance and early detection systems that will empower enforcement officers to act swiftly to control the problem.

“These criminal acts [piracy and other maritime crimes] have resulted in significant disruptions to trade, financial losses to ship owners, increased insurance premiums and security costs,” said Mr. Asiamah at the launch of the Women in Maritime of West and Central Africa (WIMOWCA), an industry association, in Accra.

“Maritime safety is integral to the sustenance of national economies, especially for coastal countries, and organisations operating in the region must continue to work together to agree on an approach that suits their collective maritime security interests,” he added.

Over the last three years, the International Maritime Bureau (IMB) has documented attacks in 15 coastal states along the Gulf of Guinea, with the number of kidnapped crew rising by more than 50 percent from 78 in 2018 to 121 in 2019 alone.

In addition, the recent surge in piracy activities in the Gulf of Guinea accounts for over 90 percent of global reported kidnappings at sea, a situation which experts say could make the stretch unattractive to trade.

According to the minister, the pandemic has demonstrated that shipping is still the most reliable, efficient and cost-effective method of transporting goods internationally, hence the need to prepare the maritime sector for sustainable trade.

Mr. Asiamah further called on the industry to embrace gender diversity in the quest to harness the full potential of the blue economy to promote inclusive development.

“Inclusive development is one of the surest ways and sustainable means to harness the full potential of Africa’s blue economy. Women must be at the heart of this agenda,” he added.

It is estimated that women form only 2 percent of global seafarers, and the launch of WIMOWCA is expected to change the narrative on women’s participation in the maritime sector with time.

The association seeks to harness the potential and contribution of women in West and Central Africa to ensure the sustainable development of the maritime industry in Africa.

Although the number of women pursuing maritime programmes has seen a rapid increase, their engagement, retention and promotion to leadership in shipping and its connecting value chain have been lagging, according to the interim President of WIMOWCA, Sylvia Asana Dauda Owu.

She indicated that sustainable maritime development would require inclusive participation of both skilled men and women professionals operating in that space.

“There is the need for greater diversity and specifically ensuring equality for women, to help achieve global socio-economic and environmental sustainability.

WIMOWCA will strive to play a very important role in maritime affairs across the West and Central Africa region and globally,” she said