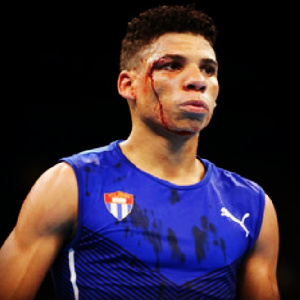 After his all action, toe to toe win over Rodrigo Marte from the Dominican Republic, Ghana’s Flyweight boxer Sulemanu Tetteh will next face a big Cuban test.

The Black Bombers captain is optimistic after he advanced to the round of 16 at the Tokyo 2020 Olympic Games in Japan.

Tetteh will fight Veitia Yosbany of Cuba on Saturday 31st of July with the knowledge that a win would propel him to the verge of the medal zone.

Tetteh had to raise his game against a gritty Dominican Republic opponent in the round of 32 to advance after winning two of the three rounds to record a 3-2 split decision on the score cards of the five judges.

“The coaches have done their part, the boxers are also ready for anyone. The rest is in the hands of God so all we need is prayers to move on”

The fact that three of the judges recorded in favour of Tetteh whilst two others scored the bout for Marte, is a fair reflection of what was a grueling battle.