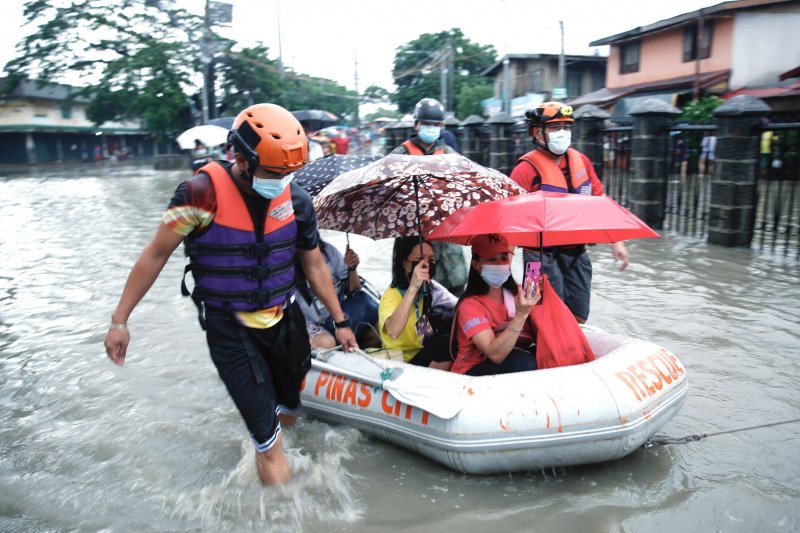 The southwest monsoon enhanced by displaced 15,356 people to evacuation centers, with another 1,149 displaced persons outside shelters, the National Disaster Risk Reduction and Management Council said in report.

Fabian started out as a lower pressure area east of Northern Luzon on July 16, and intensified to maximum sustained winds of more than 90 mph by Wednesday, the NDRRMC said. It slowly moved over Japan’s Miyako Islands on Friday, and accelerated northward outside the Philippine Area of Responsibility on Saturday.

East of Manila, authorities evacuated nearly 1,800 people in three towns in Rizal province due to flood threats, along with some residents in Mindoro province, the NDRRMC reported.

The NDRRMC confirmed one death and two injuries in the flooding.

The Washington Post reported that a resident died and two others were injured Friday afternoon after a tree fell, hitting the taxi they were riding in in Baguio.

A weather forecast Saturday showed possible flash floods or landslides “due to scattered to widespread moderate to at times heavy rains,” because of the southwest monsoon.