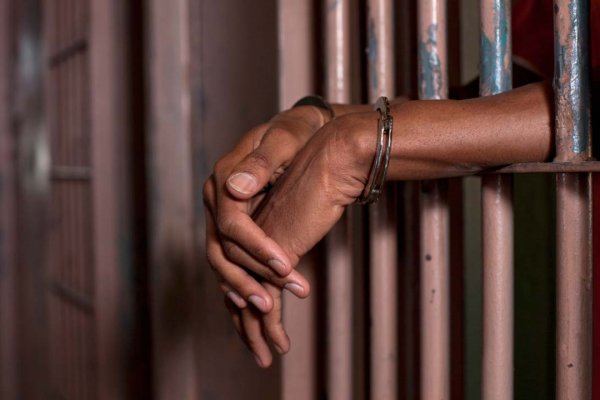 Accra, July 24, GNA – A 60-year-old retired Educationist has been sentenced to eight years imprisonment by an Accra Circuit Court for defiling a 13 year old girl at Chorkor, a suburb of Accra.

Abeka Bill is said to have sent the victim to buy sachet water for him.

While leaving the living room, Bill entered the room and pulled the victim into his bedroom and had sex with her.

Police say, Bill after the act, showed the victim a cheque of GH¢ 600.00 to be withdrawn and given to victim’s father to take care of her (victim).

The court presided over by Mrs Christina Cann after a month trial found Bill guilty and sentenced him accordingly.

The facts as presented by DSP Boafo are that the complainant is the mother of the victim.

The Prosecutor said while fetching the water, Bill saw the victim and he asked her to buy him sachet water.

Prosecution said when the victim returned with the water she could not find the accused so she entered accused living room and placed the sachet water on a yellow gallon.

When the victim was leaving the room, Prosecution said, Bill suddenly entered the living room and dragged the victim into his bedroom, undressed the victim and had sex with her.

Prosecution said after the act, Bill showed the victim a cheque of GH¢ 600.00 to the victim with the promise that he would withdraw the amount so that her father could use same to take care of her.

The prosecutor said after the first round of sex, accused wanted to have sex with victim for the second time but she declined.

Prosecution said this led to a struggle between the victims and accused.

The victim run home and reported the conduct of accused to her mother who also reported the incident to Domestic Violence and Victims Support Unit (DOVVSU) of the Ghana Police Service at Mamprobi, Accra.

Prosecution said a police medical form was issued to the complainant to seek medical care for the victim.

The Prosecutor said a caution statement was obtained from the accused.
GNA