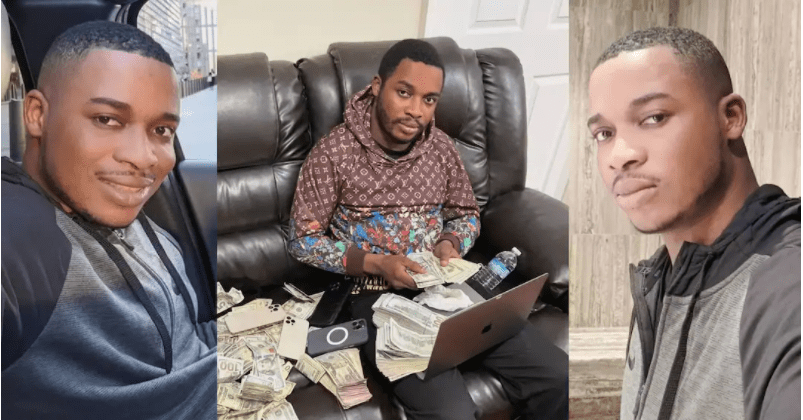 Outspoken Ghanaian vlogger and social commentator, Twene Jonas, yesterday, July 22, 2021, found himself in hot water after another Ghanaian living in the USA confronted him on the streets.

In the video, the businessman known as Chris Dollar was seen walking on the streets and bumped into Jonas who was also on his social media rant.

The man approached him and asked why Jonas was always trying to disgrace Ghanaians in America by his actions and words.

He went on to ask Twene Jonas to show him the Lamborghini and Porsche cars he claims to own and also show him the apartment he lives in.

In response to the man’s request, Twene Jonas said he did not have any car but was only bragging to be rich just for likes and views on social media.

He, therefore, went on to ask Jonas to stop bragging and making it seem as though he had it all figured out because it was going to put unnecessary pressure on the youth in Ghana.

Twene Jonas then said he was going to move from where he lives and come closer to the man so that they can enjoy life.

But following social media commentary, it seems Ghanaians are not enthused about the supposed exposé made by Chris Dollar in reference to making the world know that Twene Jonas doesn’t own any property in the US.

According to the majority of Ghanaians who have expressed their opinions on social media so far, they remain resolute in supporting Twene Jonas as to them, they are more concerned about the message of Jonas and not his vague Lamborghini and Porsche cars