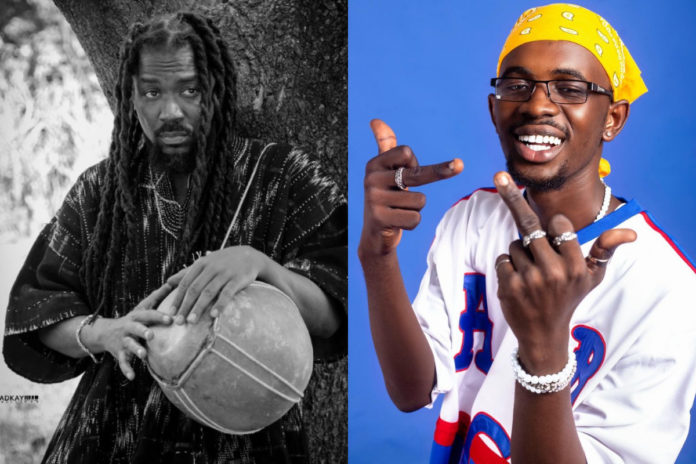 Celebrated Reggae/Dancehall artist, Emmanuel Andrew Sammini, also known as Samini has showered praises on Black Sherif for his enormous works in his craft.

READ ALSO: “Shatta Wale Is The Only Artist Who Thinks About His Fans”-SM Fan Says

This was after he commented on the Daybreak Hitz show when Ace Broadcaster, Andy Dosty was interview Black Sherif this morning.

Black Sherif has earned the admiration of many on social media and industry players like Kidi, Sarkodie, Mr. Logic among others, and lately, Samini has revealed that he is one of his biggest fans as he showers praises on him.

Samini prayed for more life in Black Sherif’s musical journey and also advised him to focus on his content and not the hype.

Meanwhile, Black Sherif’s “Second Sermon” has recently hit 1 million views on YouTube within six days after it was released on Friday, 16th July 2021.

According to him, Black Sherif stands out among all other rappers emerging from Kumerica because he sings from within and not just for the hype.

He said that Black Sherif needs to focus on becoming a major act rather than tagging himself as a Drill act because that is not enough to project his craft to outsiders.