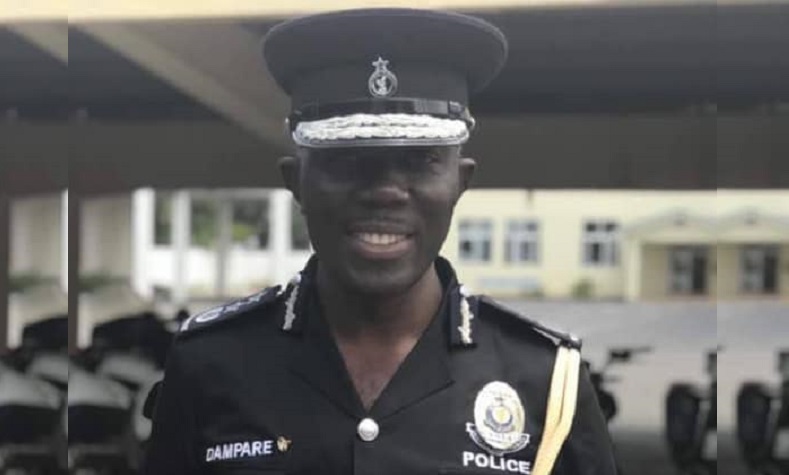 • COP George Akuffo Dampare could have been IGP since 2017

Commissioner of Police George Akuffo Dampare could have been Inspector General of Police, IGP, as far back as January 2017 when David Asante-Apeatu was handed the nod.

When Asante-Apeatu was relieved of the post in mid-2019, Dampare was again eligible for the position which was handed to outgoing IGP, James Oppong-Boanuh.

The July 21 announcement from the presidency of his appointment in acting capacity is thus merited for a man who has been a career police officer rising through the ranks to the apex of the Ghana Police Service ladder.

“Let’s not forget, I think he has been jumped over twice, because two people who had passed the retirement age, I think Asante-Apeatu and Oppong-Boanuh, had both passed retirement age and then were given these extensions; so Dr. Dampare had been passed over twice,” he submitted on Metro TV’s Good Evening Ghana program.

He also expressed confidence in Dampare’s ability to breathe a new lease of life into the service and the general security architecture of the country.

“Those who suggested him and particularly those who made this choice, had to make a choice between a rock and a hard place. I am sure what led to this choice was because we need someone who has a hands-on operational experience but who also has not passed retirement age.

“Because everytime someone who had passed retirement age was brought back, that led to difficulties within the service. Officers got disappointed, there was passivity, there wasn’t that enthusiasm to want to help the IGP,” he averred.

According to the academic and security analyst, Dampare’s work is cut out but he will need the cooperation of other commissioners to get a clean job done.

“The choice of Dampare was also a desperate choice of those in authority to also say, look, we don’t have more than a year max before the whole place infrastructure falls apart, so they had to make this decision.

“With five or six years to retirement, he can fairly appeal to senior commissioners to come round to him. All need to help him to succeed,” Prof Anin stressed.