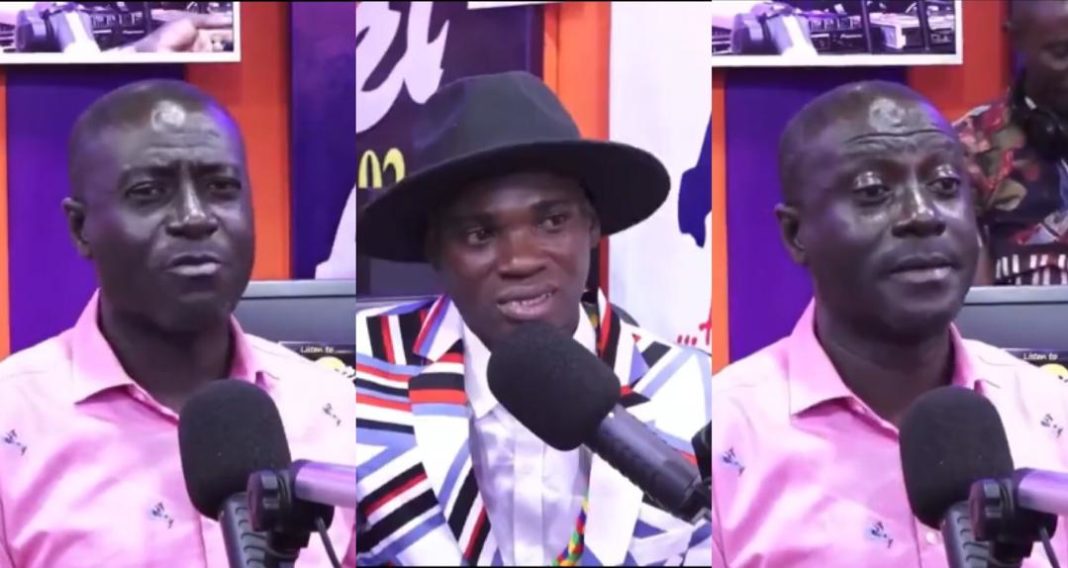 Self-acclaimed Global Ambassador for the United Nations (UN), Kwame Fordjour, known in Ghana as Dr UN has found himself in another scandal after a video of him being accused of impregnating his ‘junior sister’ pops up.

The video which is gradually going viral captures Dr UN denying the pregnancy even though he admitted having a bedmatic session with the lady in question.

According to Nana Baffour, he received the video in his Instagram DM of Dr UN interrogated by a family member for impregnating his ‘junior sister.’

Dr UN answering a question of whether he accepts the pregnancy or not, he replied: “I won’t accept this pregnancy because I do not remember the last time we had s*x.”

Dr UN admitted having a bedmatic affair with the lady but insisted that the pregnancy is not for him.

“She is my friend and I know she has a boyfriend. I don’t remember the last time we had s3x. It’s been a long time,” he said.