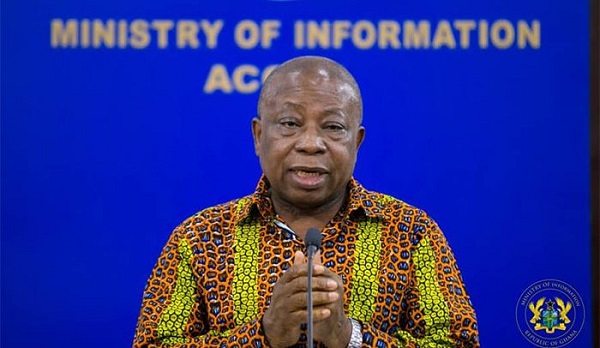 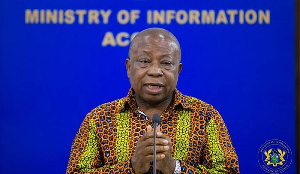 A member of the National Communications Team of the National Democratic Congress (NDC), Wonder Madilo has questioned the Akufo-Addo government’s competency to combat COVID-19 in the country.

He said the fight against the pandemic has been marred by corruption and shady deals that are tantamount to plain thievery.

Reacting to the termination of a contract to procure COVID-19 vaccines–Sputnik V– from Russia through a middleman, Madilo observed the position of the Health Minister Kwaku Agyeman Manu during the committee probing the overpriced deal meant the government was not poised to tackle the pandemic head-on.

Appearing before the committee, Mr Agyeman Manu indicated that the exigencies of the COVID-19 vaccines impaired his ability to do things as he ordinarily would have done on a normal day.

“I was seriously in a situation that could not make me think properly… I dealt with the Sheikh (the middle man) before the frantic efforts to get the vaccines from the right source. I made efforts, but I did not juxtapose the timing with the efforts that I made. I made that error and in hindsight, it won’t happen again,” Manu said.

But Madilo, a development analyst, who was speaking on the Morning Update on TV XYZ, observed the Minister’s posture was worrying.

The political youth activist indicated that, President Akufo-Addo and his appointees have failed the citizenry as far as the fight against the deadly pandemic is concerned.

He said “the attitude of the Health Minister is not surprising because of how this government has ruled this nation.”

“Everything has been a scandal and the president doesn’t seem to be worried.It’s so embarrassing” he stressed referring to the fact that Manu had admitted refusing to seek approval from Parliament and the Cabinet.

Madilo reiterated the World Health Organisation’s advice that no country should purchase vaccines through a third party, lamenting how a sovereign nation like Ghana couldn’t use its powers to procure the vaccine.

“Every nation knew vaccines will be procured eventually.So the excuse that he was caught up in emergency is neither here nor there.Those who were engaged as middle men are all under investigation,” he added.

He noted the turn of events at the probing committee clearly confirms to the world that Ghana has no definite plan to fight against COVID-19, adding “there is suspicion of data being massaged, there’s suspicion of corruption.”