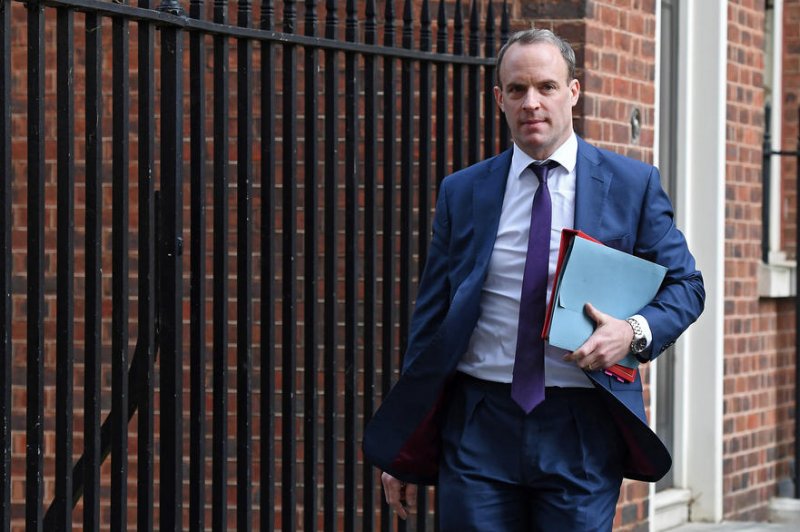 July 23 (UPI) — Britain has sanctioned five people accused of committing “serious corruption” in developing nations including the vice president of Equatorial Guinea and and two Colombians connected to the Venezuelan government.

The sanctions involving asset freezes and travel bans were the second batch imposed by Britain under its new Global Anti-Corruption Sanctions regime unveiled in April when the European country targeted 22 people.

“The action we have taken today targets individuals who have lined their own pockets at the expense of their citizens,” Foreign Secretary Dominic Raab said in a statement Thursday. “The UK is committed to fighting the blight of corruption and holding those responsible for its corrosive effect to account.”

The foreign secretary named Teodoro Obiang Mangue, vice president of Equatorial Guinea and son of the current president, on accusations of being involved in the misappropriation of state funds, corrupt contracting agreements and soliciting bribes.

The Foreign Office said Mangue participates in corruption to “fund a lavish lifestyle inconsistent with his official salary as a government minister,” stating he owns a $100 million Paris mansion and a $38 million private jet.

In 2014, he reached a settlement with the U.S. Justice Department to forfeit more than $30 million in assets purchased with the proceeds of corruption.

“They were benefitted from improperly awarded contracts where promised goods were delivered at highly inflated prices,” the Foreign Office said. “Their actions caused further suffering to already poverty stricken Venezuelans for thier own private enrichment.”

Saab was twice sanctioned by the United States under the previous Trump administration in 2019 over running the wide-scale corruption network and for brokering the sale of more than 30 million barrels of crude oil on behalf of Venezuelan’s state-owned Petroleos de Venezuela.

Early that same year, the Justice Department charged both Saab and Pulido for laundering bribes from Venezuelan bank accounts to those located in the United States.

Venezuela’s Foreign Ministry rejected the sanctions against Saab, calling him a “Venezuelan diplomat subjected to judicial persecution by the government of the United States.”

The office described the sanctions as being contrary to international law and showed Britain’s “immorality” while accusing it of “kidnapping” resources from Venezuela.

“The imposition of sanctions on citizens who were dedicated to facilitating access to food for the Venezuelan people by circumventing the limitation of the inhuman blockade of the United States, is a criminal act that corresponds to the failed strategy of generating damage to the institutionality of Venezuela, demonstrating, once again, the erratic British policy toward Venezuela,” it said in a statement.

The Foreign Office said he misappropriated public funds and improperly awarded contracts, among other corruption allegations.

The United States had sanctioned him in 2019. Al-Sultan was removed from office and authorities issued a warrant for his arrest following a ferry accident in Ninewa’s capital Mosul that killed nearly 100 people as it was loaded to five times its capacity.

Kudakwashe Regimond Tagwirei was the fifth person blacklisted Thursday for profiting from the misappropriation of property when his Sakunda Holdings company redeemed Zimbabwe Treasury Bills at up to 10 times their value, accelerating the devaluation of the African nation’s currency.

He, too, was sanctioned by the United States last year.

“The United States will continue working with the United Kingdom and other like-minded allies and partners to impose tangible and significant consequences on those who engage in corruption, as well as to protect the global financial system,” they said.