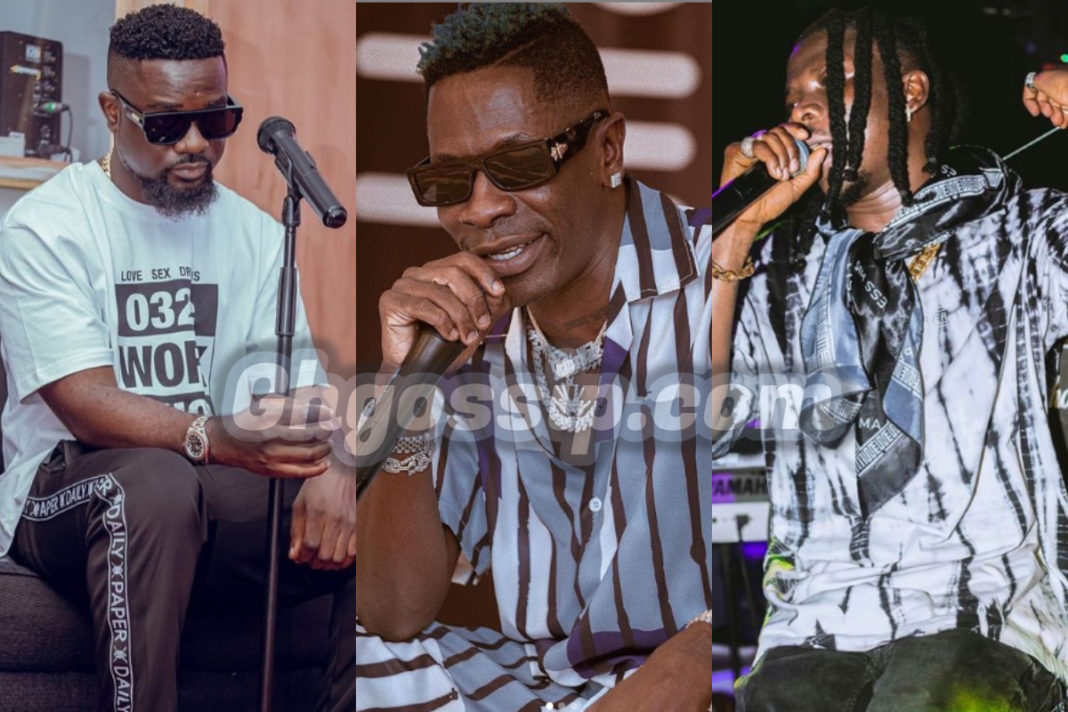 Twitter is currently buzzing with fans of Sarkodie, Stonebwoy, and Shatta Wale comparing them as to who has more hit songs ever since they emerged into the music scene.

The trio has been known to be the best and the frontrunner in the Ghanaian music industry. Pertaining to their songs, impact, fanbase, and dominance, these three are known as the A-list acts in Ghana.

Well, an SM fan on Twitter has sparked a controversy on the microblogging platform after claiming that Shatta Wale has more hit songs than Stonebwoy and Sarkodie combined.

We all know fans of Sarkodie and Stonebwoy would not allow this controversial statement to slide as they take to the comment section to defend their respective favorite acts.

In other news, Afia Schwarzenegger has been exposed by Stonebwoy’s hype woman, Ayisha Modi for badmouthing one of her good friends, Tracey Boakye following her recent miscarriage.

This comes after Ayisha Modi dared Afia Schwarzenegger to dare her and threatened to spill some secrets about how she has been badmouthing some of her friends to her.

In a viral video, Ayisha Modi revealed that Afia Schwarzenegger’s partner in crime, Tracey Boakye had a miscarriage when she was a month away from giving birth to her third baby.