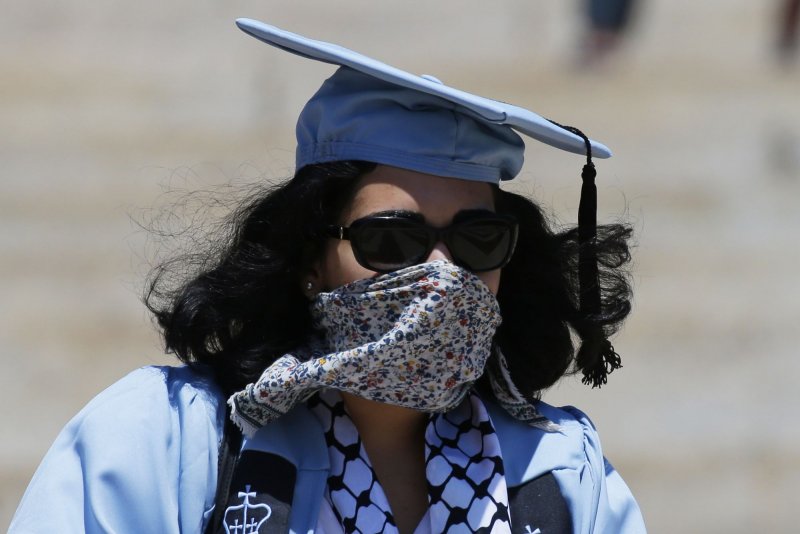 July 21 (UPI) — Frequent handwashing at home and at work, and diligent mask-wearing, helped limit the spread of COVID-19 among essential staff members at a large state university, a study published Wednesday by JAMA Network Open found.

Among 508 personnel at the Colorado State University Health and Medical Center, veterinary clinic, facilities management, housing and dining departments who were required to report to work during the pandemic, no positive tests for the virus occurred over a three-month period last summer, the data showed.

Just under 98% of the essential staff members said they regularly wore face coverings at home and at work, and 95% indicated that they engaged in frequent handwashing throughout the day, according to the researchers.

Ninety-two percent reported practicing social distancing — or remaining roughly 6 feet from others and limiting non-essential contact with others — at work and 80% said they did so at home, the data showed.

“[These guidelines] and must be followed both on the campus, as well as off-campus, to be effective,” said Nelson, who is director of the Colorado School of Public Health at Colorado State University in Fort Collins.

The study was conducted in July, August and September of last year, before students returned to campus and before vaccines against the virus were available, the researchers said.

It was also before many colleges and universities nationally opened for the school year and then abruptly closed following campus outbreaks.

Like many universities nationally, Colorado State held classes both in-person and online, when possible, during the 2020-21 academic year to limit the student population on campus, according to school officials.

However, even with reduced populations on campus, congregate spaces such as dining halls, locker rooms, lecture halls and laboratories are still considered high-risk areas for COVID-19 transmission and outbreaks, research suggests.

A study published in January suggested that, because of these congregate settings, college campuses could be “super spreaders” of the virus, putting students and staff at risk.

As a result, several colleges and universities across the country have required that students and staff members returning to campus in the fall be fully vaccinated or subject to strict quarantine measures.

For this study, Nelson and her colleagues tested 508 university employees age 18 to 70 for COVID-19 three times between July 13 and Sept. 2 of last year.

All but six tested negative for the virus during the study, with the remainder producing “inconclusive” results.

Only two study participants tested positive for COVID-19 antibodies, or cells produced by the immune system to fight off viruses, indicating a past infection, researchers said.

Study participants also completed questionnaires regarding their adherence with measures designed to limit the spread of COVID-19.

The vast majority of participants indicated that they practiced protective behaviors while at work and outside work, with some differences, according to the researchers.

For example, all of the employees age 65 and older reported high levels of social distancing at work, while 83% of those ages 18 to 25 did so, the data showed.

Among all employees included in the study, 83% said they were more concerned about exposing others to COVID-19 than they were about contracting the virus themselves.

This “prosocial” behavior, helpful and designed to promote social acceptance, was key to the staff limiting the risk for on-campus outbreaks as much as possible, according to Nelson.

“I believe that cultivating a prosocial attitude on campus will be important” as campuses reopen for the 2021-22 academic year, Nelson said.

Colorado State “developed a ‘Social Norming’ campaign to help promote protective behaviors among students” — including mask-wearing and social distancing — during the pandemic, she said.

Study: Graphic warnings on cigarettes boost desire to quit, but only for short time