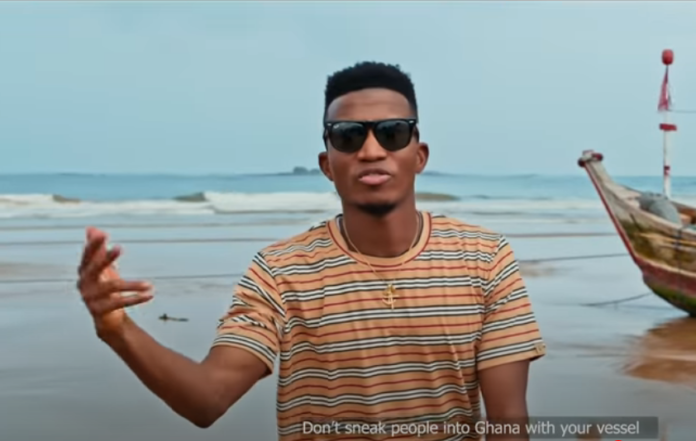 If there’s one creative arts member that former Minister for Youth and Sports, Elvis Afriyie-Ankrah, is appreciative of his craft, that would be Kofi Kinaata.

Mr Afriyie-Ankrah made his love known while giving a lecture on Musician Union of Ghana and its members.

As part of his interactivity, he asked the class to mention some notable musicians, and when Kofi Kinaata’s name popped up, he became hyper.

“Kofi Kinaata; I like that guy, fantastic guy,” he blurted out, amid cheers of agreement from the unseen crowd.

With his background in creativity, having read a Bachelor of Arts course in drama and linguistics, Mr Afriyie-Ankrah asserted that Kinaata’s cadence of music is top-notch.

He also added that the lyrics of the four-time VGMA Songwriter of the Year proves he is bursting with sense.

“If you listen to his songs you will know he has head. He didn’t do something [while indicating smoking] before writing the songs. He has sense inside out,” he said.