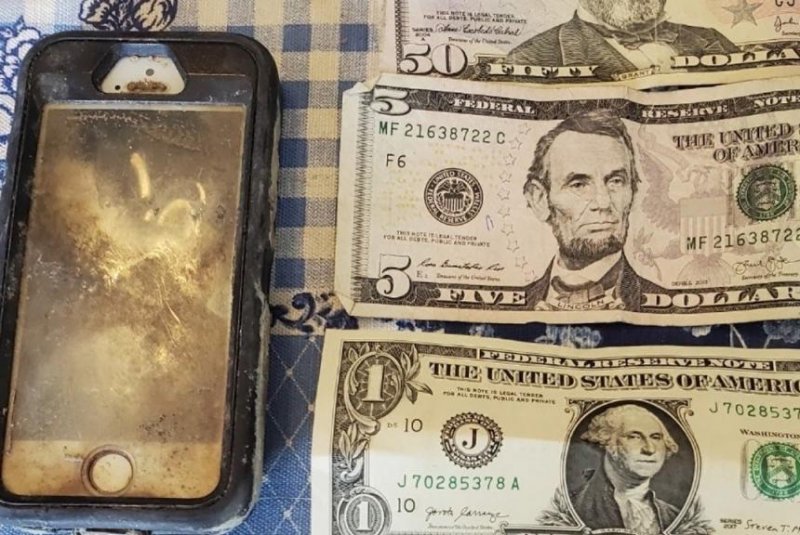 July 19 (UPI) — A scuba diving instructor visiting a Utah reservoir with his students ended up finding a cellphone and wallet that had been lost by a man while ice fishing more than two years earlier.

Matthew Wesselink, a Colorado-based scuba instructor, said he and his students were on their yearly trip to Utah when they paid a visit to the Deer Creek Reservoir.

“I drop down and 20 feet down there was a phone right in front of me,” Wesselink told KSTU-TV.

The phone had an attached wallet that contained credit cards, cash and a driver’s license belonging to Evan Byington.

“There were $56 of cash in there and you could tell it had been there a long time because it was diluted,” Wesselink said.

Wesselink took the water-damaged cash to a bank to exchange for fresh bills and contacted Byington on Facebook.

Byington revealed his phone had fallen into his ice fishing hole while he was at the reservoir more than two years earlier. He said he had forgotten his phone was on his lap when he stood up.

“It jumped off my lap and just went across, right through the hole,” he recalled.

Byington said he could see his phone and wallet sink to the bottom of the clear lake, but he had no way to reach it.

“It’s great that there are still kind and loving individuals who are honest, like Matthew,” Byington said.

The two men said they are now planning to meet at the reservoir in August to reunite the phone and wallet with their rightful owner.