GES equips ‘Back to School Task Force’ in Ashaiman 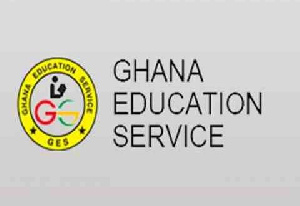 The Ghana Education Service (GES) has equipped ‘Back to School Advocacy Task Force at Ashaiman in the Greater Accra Region with skills to attracted drop-outs back onto the academic ladder.

Speaking to the Ghana News Agency at Ashaiman near Tema after a day’s workshop for the Task Force, Mrs Benedicta Tenni Seidu, Director in charge of GES Girls Education explained that, many challenges were confronting the education sector in the country.

She said getting the girl-child to stay in the classroom could not be overlooked adding that it was time all stakeholders get involve to deal with the challenges.

Mrs Seidu said GES was rolling the Back to School programme to deal with school dropouts especially after the COVID-19 restrictions were lifted for students to go to school.

She stated that many girls including boys were rather seen at markets, farms and other places engaged in businesses instead of being in the classrooms.

According to her, girls were vulnerable and could fall prey to any unfortunate situation within the society hence the need to establish the Advocacy task force to tackle that menace to ensure education becomes a priority for the Ghanaian child.

Mrs Seidu explained that the Back to School programme targets students from lower primary through to pre-tertiary within the country.

She also called on parents and stakeholders including the Social Welfare Department; Domestic Violence and Victims Support Unit (DOVVSU); Commission for Human Rights and Administrative Justice (CHRAJ) amongst other key public institutions to support and ensure that children were in school instead of being at other places during school hours.

Mrs Seidu tasked stakeholders to use the opportunity as a mob-up to get every student who due to the coronavirus pandemic has still not been able to go back to school to reunite with other colleges in the classroom.