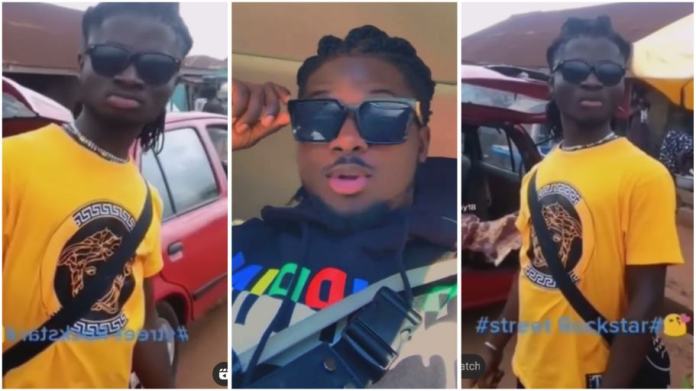 A young man who looks so much like Kuame Eugene has been spotted in town eating corn in a trending video shared hours ago on the internet.

The young man resembles the Rockstar in almost all facets as he has braided his hair like him as well as having his height and swagger.

Knowing very well that he bears a striking resemblance to the Afrobeat superstar, he acted in a funny way while munching on the corn when he was being filmed.

As a matter of fact, some netizens actually mistook him for Kuame Eugene when the video stormed online except for the corn eating part that exposed him as a doppelganger.