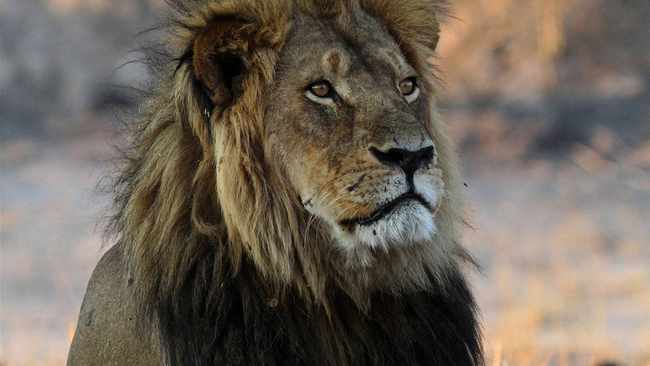 Cape Town – A petition to put an end to illegal slaying of lions in horrific hunts is under way as body parts of lions are being exported to the UK.

With over 700 000 signatures, the petition aims to put an end to illegal trophy hunting. The petition states that the number of lions in Africa has been decreasing from over 200 000 to less than 15 000 within the past 50 years and most of the “trophies” are male lions, leading to a disastrous knock-on effect as the pride structure will be disrupted.

According to recent estimates from the African Lion Database, there are now at least 3 100 lions in the wild in South Africa and this includes the Kruger National Park, Kalahari-Gemsbok National Park and 43 smaller fenced reserves across the country.

Carnivore conservation programme manager at Endangered Wildlife Trust (EWT), David Mills, said that many of the threats to lions occur outside of protected areas, most notably along the boundaries

“Research has shown that retaliatory killing of lions and unregulated trophy hunting has a domino effect on lion prides. This is because the death of dominant pride males leads to infanticide, where the new pride males kill all cubs under one year old and chases away older cubs. This destabilises the pride and, when it happens too often, it can prevent successful reproduction.

“Therefore, ensuring sustainable resource management, including hunting lions that have already successfully reared at least one set of cubs to adulthood and implementing livestock management practices that protect livestock from predation, is critical to ensuring the long-term stability of the lion populations,” said Mills.

African Lion Database co-ordinator Samantha Nicholson said that lions are important to Africa’s natural ecosystem because they keep the prey populations healthy by preying on the old and weak, and as climate change intensifies, it is expected that habitats will become far more arid and inhospitable for lions to keep the cycle of life going.

“By attacking the old and the weak, lions maintain healthy prey populations. Additionally, lions control mesopredator population (medium-sized carnivores such as jackals and caracals) by minimising their overpopulation, and with climate change and lion population declining, stability of the lion population looks slim.

“Climate change will affect the prey species of lions, which will either shift their distribution (thereby affecting where lions occur) or die resulting from the reduced food available. This decrease in available prey will ultimately affect lions and populations will decline.

“Individuals can support lion conservation by not supporting captive facilities that promote cub-petting, lion walking or any other human-lion interactions. People can take the pledge to keep our lions #wildnfree and join the fight against keeping carnivores in captivity for petting, walking-with, photo-tourism, captive hunting and the trade in their body parts. There is no conservation requirement or recommendation for any captive breeding or keeping of carnivores in South Africa.

“Captive breeding does not address the key threats faced by carnivores in the wild, and captive-bred lions have no role to play in reintroductions and restorations of wild lion populations. The proliferation of captive carnivore facilities in South Africa is primarily for commercial gain, and at significant cost to human safety and animal well-being,” said Nicholson.

“We suggest that those interested in participating in Lion conservation through donating funds or equipment should do some background research on potential recipients to ensure their hard-earned money is going to the best and most effective projects.

“The EWT is running a lion conservation project in northern Kruger and Limpopo national parks to support park management as they address human-wildlife conflict and reduce the targeted poaching, with the Lions Saving the Lions of Limpopo National Park, Mozambique and Lion Recovery Fund,” said Mills

Karen Gillan: Sundance clone movie ‘Dual’ was ‘like being on Avengers&