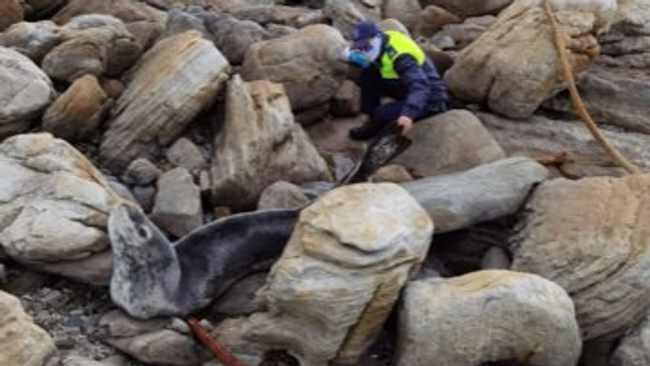 Cape Town – A leopard seal came ashore in Kommetjie on the northern section of the beach towards Noordhoek, on Wednesday morning.

Leopard seals primarily inhabit the Antarctic and live on the pack ice, but can also be found on the sub-Antarctic islands.

The City of Cape Town said that on occasion, individuals seals arrive on the shoreline and are then scientifically known as “vagrant” leopard seals. When they came ashore in the past, they did not stay long and generally moved off quite quickly.

The animal has been assessed by officials and the SPCA, and is not suffering and has no significant injuries.

The environmental departments of the City of Cape Town and national government have therefore jointly agreed that the animal will be left alone to move off as and when it decides to. Its movements and health will be monitored.

Mayco member for Spatial Planning and Environment, Marian Nieuwoudt, said: “I want to warn members of the public that leopard seals are dangerous animals and we ask that people keep away from it and to especially keep young children and dogs well away from the seal.”

A Shark Spotter has been deployed to the animal’s location to keep the public informed and to ensure the animal is given the appropriate space.