Majeed Warris on target for Strasbourg in narrow defeat to Bordeaux 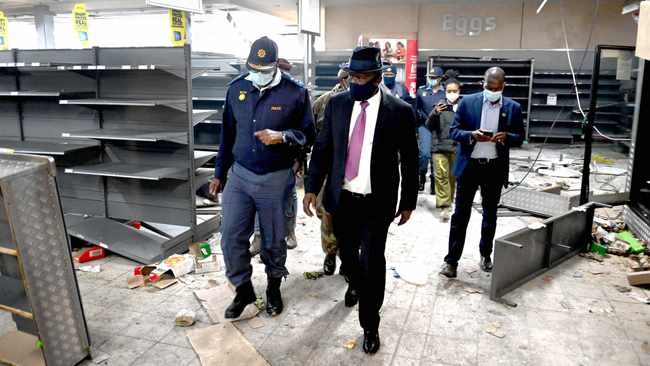 The state security apparatus in the country has been caught in a tough situation after violent protests and looting took place without consequences for those behind the attacks.

Dr Johan Burger of the Institute for Security Studies said on Wednesday there were two explanations as to why the police had not yet picked up the masterminds behind the attacks and looting.

This comes after Police Minister Bheki Cele said they had identified some of the people behind the violence and looting in KwaZulu-Natal and Gauteng.

Burger said there were two issues at hand that could explain why the police had not acted on those behind the looting, despite having identified them.

“The only thing I can think of is that they don’t have enough evidence to tie those persons. They need to have prima facie evidence to arrest them,” he said.

“The other explanation is that they cannot locate them. These guys may have gone into hiding, they could be moving around.”

He said that State Security Minister Ayanda Dlodlo had mentioned in a briefing that they had made the intelligence available to the police.

“This could be interpreted that they had intelligence, but the police did not react,” said Burger.

He said the State Security Agency (SSA) and police Crime Intelligence Unit had faced challenges, and that former minister of Safety and Security, Sydney Mufamadi, had chaired a panel on the SSA where he made damning findings against it.

Mufamadi had found there was a rogue unit within the agency. The former minister had also found that the SSA was not functioning optimally, said Burger.

He added that police crime intelligence was facing its own problems.