Increased knowledge of the law will help remove violence tag 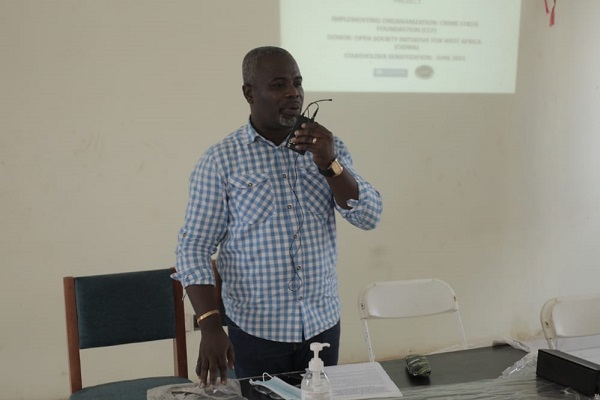 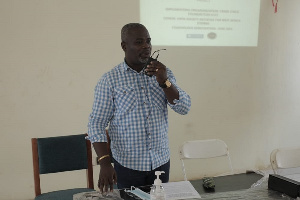 The Presiding Member of the Asokore Mampong Municipal Assembly (AMMA), in the Ashanti Region, Matthew Amissah has called for a concerted effort by residents in the Municipality to help delist its name from the list of Assemblies tagged as violent.

Mr. Amissah has therefore called for increased sensitization on the national and local assembly bye-laws for the people of the municipality.

According to him, the Municipality, which consists of communities such as Asokore Mampong (the Municipal Capital), Aboabo N0.1, Aboabo N0. 2, Asawase, Sawaba, New Zongo, Parkoso, Buobai, and Asabi, are cited as violent prone areas during election periods. This, he said, does not attract development projects to the Municipality.

“The police mention the municipality among ‘hotspots’ districts with the potential for electoral violence in every electioneering period,” he said.

Speaking at a sensitization workshop on the bye-laws of the AMMA, organized by the Crime Check Foundation (CCF), Mr. Amissah noted that issues of insecurity are of grave concern to the chiefs and people of Asokore Mampong, reminding the public that, when the two Canadian ladies were kidnapped in 2019, they were hidden within the Municipality by their kidnappers.

He expressed gratitude to CCF for selecting AMMA as one of the beneficiary Municipalities under its Decriminalizing Vagrancy Laws and Advocacy project which seeks to create an enabling environment for vagrants (the homeless, street hawkers, head porters, vendors, truck pushers, market women, artisans, among other vulnerable groups) to know, claim and exercise their rights and responsibilities in Ghana.

He was particularly happy that CCF screened a video documentary on ‘prison conditions’, which he believed will not only ensure citizens within their jurisdiction to obey the laws and stay away from crime, but serve as a reminder to AMMA that poor and voiceless citizens should not be jailed over ‘petty’ issues.

“There is the need for the passage of the Non-custodial Sentencing Bill into law. Improved citizens’ knowledge of the laws is expected to reduce violation of local bye-laws, arrests, fines and their imprisonments under the laws.” He stressed.

The project is supported by the Open Society for West Africa (OSIWA).

The Consulting Project Manager for CCF, Cosmos Kwame Akorli urged AMMA to regularly organize sensitization workshops on the bye-laws for citizens because the municipality constantly receives residents from other districts, and the bye-laws of AMMA may not be the same as those of the districts they are coming from.

“There is the need for regular education on the laws to reduce violations due to ignorance of the laws, fines and imprisonment of the poor and the voiceless.” He said.

The Open Society Initiative for West Africa (OSIWA), established in 2000, is a grant-making and advocacy organization focused on equality, justice, democratic governance, human rights, and knowledge generation. It is part of the global network of Open Society Foundations spread across 37 countries around the world.