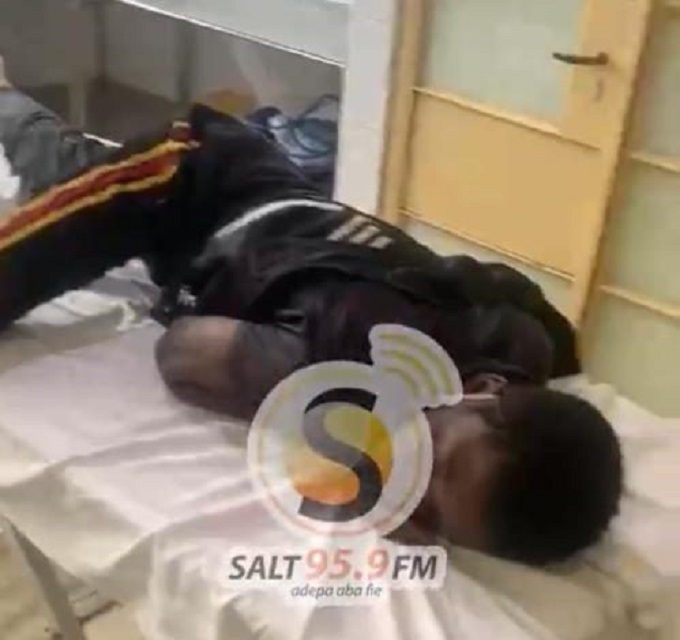 The victim pictured at the Agogo Presbyterian Hospital

The Agogo District Court, in the Asante Akim North Municipality of the Ashanti Region, has remanded six persons into police custody for allegedly inserting a stick into the anus of a 16-year-old boy, Kwaku Enoch.

According to them, the boy who is currently on admission at the Agogo Presbyterian Hospital was caught breaking into a store in the Agogo market.

After appearing before the court on Monday, the six were remanded to allow for thorough investigations into the matter. They are to reappear in court on July 27, 2021.

In an interview with Salt FM, the young boy Enock Kweku has however admitted to stealing from several stores in the Agogo township.

Meanwhile the father of the victim, Kwabena Boateng, expressed concern about the incident and called on the government to help cater for the child since he his financially incapable of footing the boy’s medical fees.

“Government should help to address this incident for us, with regard to caring for the child. We don’t have money for that, so our doors are open for assistance.”

Parents urged to protect their wards

A child defence activist has cautioned parents to protect their wards from abuse and violence.

She further stated that children below eighteen years are minors and do not know their rights thus require guidance to make the right decisions.

Miss Acquah condemned and also called for the arrest of the perpetrators of the wicked act while blaming the young boy’s parents for totally neglecting him.