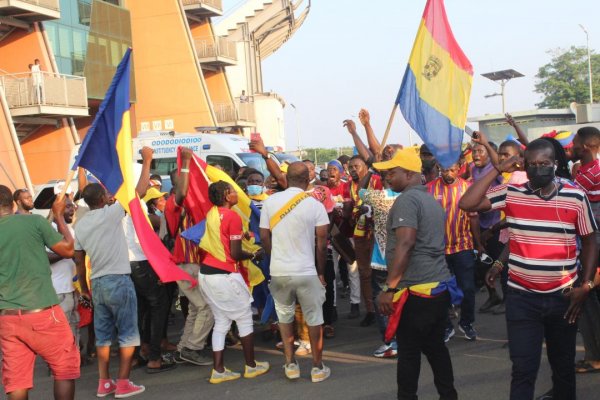 “Our roots our roots are old, be quiet and don’t be seen, we are the famous hearts of oak, we never say die,” some fans of Hearts sung as they witnessed their team end their 12-year trophy drought at the Accra Sports Stadium on Sunday.

Despite not getting all three points, a point was enough for the Phobians against Liberty Professionals as they won the 2020/21 Ghana Premier League with a game to spare with Kotoko having failed to beat Bechem United athe Nana Fosu Gyeabour Park.

When Referee Obed Danquah whistled for the end of proceedings at the Accra Sports Stadium, the whole stadium was on its toes as Hearts fans chanted their reverberate anthem to the rafters of the stadium despite not getting the win.

The players were not left out of the celebrations as they joined their fans and waved them on in chanting the anthem.

The champagne which has been on ice over the past weeks after their victory against Asante Kotoko a fortnight ago was finally popped with coach Samuel Boadu being lifted up and down by the whole team.

Hearts have a chance to secure the double as they are in the quarter-finals of this year’s MTN FA Cup.