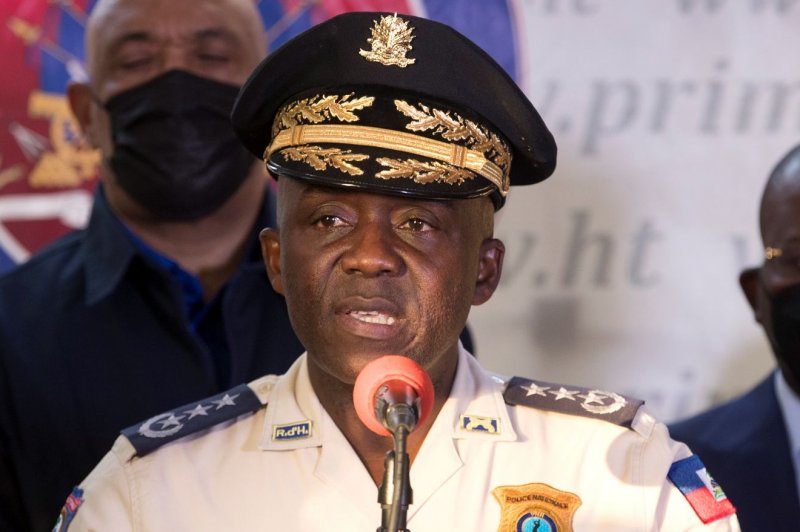 July 12 (UPI) — Authorities in Haiti said they have arrested a Haitian-born doctor with ties to the United States in connection to last week’s assassination of President Jovenel Moise.

During a new conference on Sunday, Haiti National Police Chief Leon Charles told reporters that they have detained Christian Emmanuel Sanon, a 63-year-old Florida-based physician, as a “central” suspect in Moise’s assassination on Wednesday, The New York Times reported.

The chief of police said Sanon arrived by private plane in June with “political objectives” and contacted a Venezuelan security firm based in the United States to recruit operatives for the assassination, which he suggested was done with the intention for Sanon to become the next president.

As evidence of Sanon’s involvement, Charles said one of the accused assailants who was arrested contacted Sanon after being detained. Police also confiscated from his home 20 boxes of bullets, 24 unused shooting targets, four Dominican Republic license plates and two vehicles, among other items.

At least 28 people, mostly Colombian, are believed to have been involved in the assassination, including two people other than Sanon with ties to the United States. Last week it was announced that James Solages and Joseph Vincent, two naturalized U.S. citizens who hold dual American and Haitian citizenship, were in Haitian police custody.

Jen Psaki, the White House press secretary, told reporters on Friday that the investigation was being led by Haitian police as the operation was “led by the Haitians on the ground.”

She added that officials from the FBI and the Department of Homeland Security will be sending officials to Port-au-Prince “as soon as possible to assess the situation and how we may be able to assist.”

Moise was killed at his home on Wednesday and his wife, first lady Martine Moise, was injured, requiring her to be flown to Florida for treatment.

On Saturday, she released a statement to her Twitter account recounting the attack, stating mercenaries entered her house and “riddled my husband with bullets.”

“We cannot let the blood of President Jovenel Moise, my husband, our president whom we love so much and who loved us in return, flow in vain,” she said.