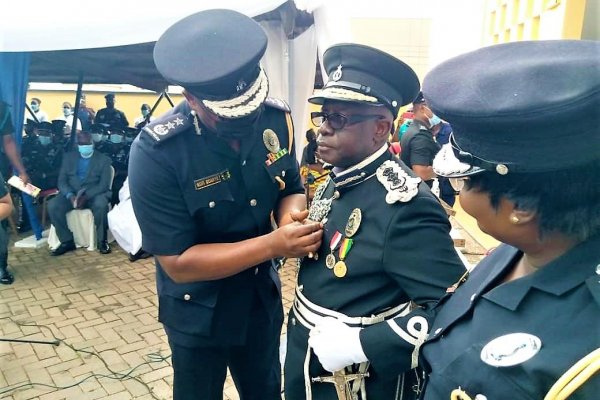 Kumasi, July 09, GNA – The Ghana Police Service has lauded the outgoing Ashanti Regional Police Commander, Deputy Commissioner of Police (DCOP) Kwasi Mensah Duku, for his 31 years of dedicated services to the nation.
“The Police Administration is very grateful to you for your dedication, commitment, and hard work.
“You are leaving a legacy that is worthy of emulation,” the Inspector General of Police (IGP) James Oppong- Boanuh, stated, in a message delivered on his behalf by Commissioner of Police (COP) Nathan Kofi Boakye.
He called on the younger generation of the Ghanaian police to take a cue from the disciplinary conduct demonstrated by the outgoing Regional Commander through his services to the nation.
“The Police is wishing you well as you retire, and may the Good Lord be with you,” the IGP told a pull-out ceremony in Kumasi, to signify the end of the Regional Commander’s tenure.
The ceremony had in attendance some leading members of the Regional Security Council (REGSEC), who took turns to wish DCOP Mensah Duku well on his retirement. 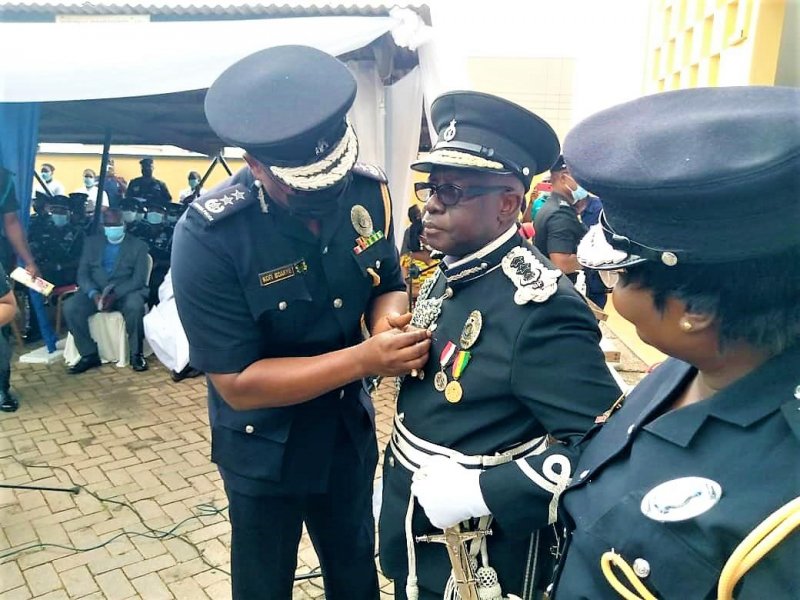 According to the Police Administration, the Service would not hesitate to liaise with the outgoing Commander for his advice, when necessary, given his vast experience and expertise on the job.
Mr. Simon Osei-Mensah, the Regional Minister and Chairman of the REGSEC, said DCOP Mensah Duku exhibited good conduct while in office.
“He is humble and a team player,” he noted, noting that the Security Council would miss him dearly.
The Regional Minister said the outgoing Commander’s tenacity of purpose and courage demonstrated in the face of challenges would not be forgotten.
DCOP Mensah Duku was grateful to the Police Administration and Security Council for the honour done him.