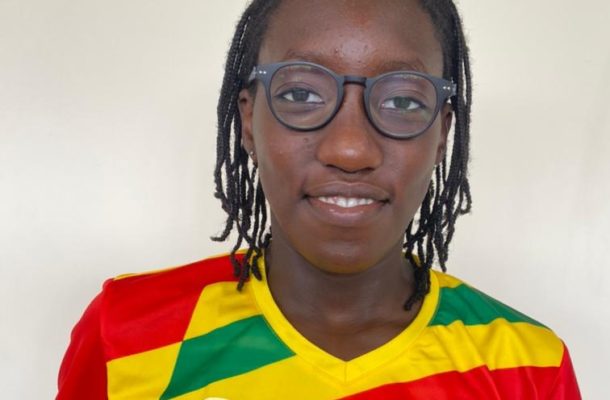 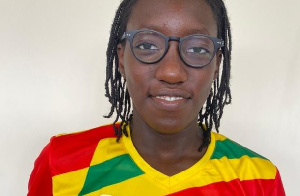 Young Olympian, Unilez Yebowaah Takyi who will represent Ghana in the 50 meters swimming event at the Tokyo 2020 Olympic Games has advised the youth to work hard if they want to achieve greatness.

Speaking to The Ghana Guardian in an exclusive interview at the training camp in Inawashiro, she said many people want to become rich and famous easily, but do not know that it takes hard work to succeed.

After training in the cold water in the chilly rainy weather, she took time to talk about herself.

The 16 years old was born in Italy to Takyi Agyepong and Tchetche Kodjo Rosine.

She attends Alessandra Manzoni Scientific School, and wants to study minerals in the future as she wants to know much about gold, silver, bauxite and others.

She has a sister who is a journalist with three years of university education plus two years of masters.

Unilez just loves water, and decided to do swimming which has taken her to many places in the world including the Olympic Games which she is very proud of, after competing for Ghana in Tunisia in 2019 and in Accra in 2020 during the Africa zone 2 championship.

Her favourite event is the 50 meters freestyle with her personal best time of 27.18 seconds that won her points to be selected by FINA to participate at the world’s biggest sports festival in Japan.

She cannot forget her former trainer, Luca Grotti who advised her to join the Ghana team since she has Ghanaian citizenship, and it is paying off.

Currently she trains under Givliano and Nicole who are also inspirational.

According to Unilez, she has no particular idol, but loves to watch Simone Manuel.

Her best dish is Italian food, and her hobbies are drawing, dancing and swimming.

The cars she admires most are Lamborghini,, Audi and Range Rover.

Her best musician is the late Bob Marley, because her father loves to play his music.

Unilez wants to make an impact at the Olympic Games to inspire other young people, for which she urges the young people in Ghana to try to discover their talent and work hard.

Coming to the Olympic Games for her is both work and passion. She is hopeful of carrying the flag of Ghana to many other places and does not regret doing sports.

She thanked the Ghana Olympic Committee (GOC) and the Ghana Swimming Association (GSA) for the support given her in nurturing her talent.