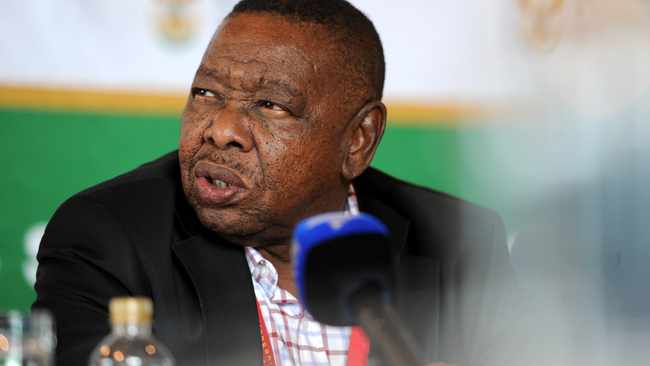 SACP general secretary Blade Nzimande has called on leaders to distance themselves from “counter-revolutionary conduct”, a vague reference to a gathering of former president Jacob Zuma’s supporters at his Nkandla, KwaZulu-Natal, home.

“The leaders and former leaders, and members of the broader formation of our movement, in whose name reckless elements are inciting violence must distance themselves from such counter-revolutionary conduct,” Nzimande said.

He was speaking on Sunday during the SAPC’s virtual centenary rally to mark the party’s founding a100 years ago.

Nzimande condemned and called on others to do the same, of people who were attacking the country’s constitution and the rule of law.

His comments take place as hundreds of people continue to flock to Nkandla, Zuma’s homestead, in support of him as he faces a 15-month prison sentence following a Constitutional Court ruling.

Some of the people, dressed in ANC regalia, have claimed to be in Nkandla to protect Zuma from arrest.

Nzimande especially called out this grouping of ANC members who claimed to be former Umkhonto we Sizwe members.

Nzimande, as other ANC leaders have stated, said Umkhonto we Sizwe was disbanded and its members were amalgamated with the SANDF.

He said the grouping calling itself Umkhonto we Sizwe members should stop using the name of the former struggle arm formation of the ANC for “counter-revolutionary” agendas.

Nzimande especially referenced talks of war – which he said should not be referenced as war led to death. He said those who asked for war should be asked what war they spoke of.

He said the gunshots which were heard in Nkandla should be investigated and those responsible should be brought to book.

“We must protect the supremacy of our constitution and the rule of law. We can not allow any person or group to gamble with or undermine it.

“We condemn the grouping and individuals who are inciting violence to undermine our constitution. Let us reject any attempt at driving our country towards civil conflict,” Nzimande said.